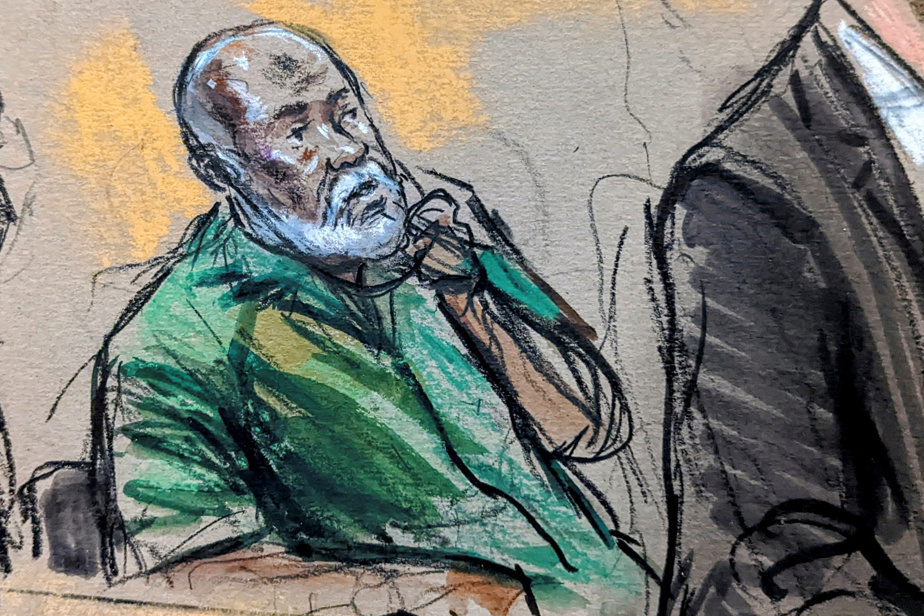 (Washington) A Libyan, accused of having prepared the bomb used in the Lockerbie attack in Scotland, was transferred to the United States and presented Monday to a federal judge, nearly 34 years after this tragedy which made 270 dead.

During a brief hearing in a Washington court, Abu Agila Mohammad Massoud Kheir al-Marimi, 71, was informed of the charges against him, in particular for “destroying an aircraft causing death”.

Despite the seriousness of the facts, this man born in Tunisia does not incur the death penalty, because it did not apply in 1988 at the federal level for these charges, said a prosecutor.

Mr. Massoud, who was speaking through a translator, will remain in detention until a next hearing, on December 27, during which his lawyers can ask for a possible release. The prosecution has indicated that it will oppose it.

US Secretary of Justice Merrick Garland welcomed the transfer of the accused to US soil. “This is an important step in bringing justice to the victims and their loved ones,” he said in a statement.

A former member of the intelligence services of dictator Muammar Gaddafi, he was charged by American justice on December 21, 2020, the day of the 32e anniversary of the tragedy. He was then in detention in Libya and the American authorities said they were “optimistic” about the chances of obtaining his extradition.

The conditions of his arrest by the United States, announced Sunday by Scottish justice, and his transfer to American soil, however, remain unknown. In a press release, the White House limited itself to saying that the United States had arrested him “legally”.

“Today is an important day for justice,” said Secretary of State Antony Blinken in a statement, welcoming the cooperation with the Scottish authorities and the “efforts of the Libyan authorities in recent years”.

“These events show that our quest for justice knows no bounds,” said Scotland’s chief magistrate, Dorothy Bain, saying she would travel to the United States next week to meet with prosecutors. Americans and take part in the commemorations of the tragedy.

On December 21, 1988, a Pan Am Boeing 747 flying from London to New York exploded over the Scottish village of Lockerbie, killing all 259 passengers and crew and 11 people on the ground.

This attack is the deadliest ever committed on the territory of the United Kingdom, but also the second deadliest against Americans after the attacks of September 11, 2001, since 190 victims were American.

Only one person has been convicted for this attack: Libyan Abdelbaset Ali Mohamed al-Megrahi, who has always maintained his innocence, was sentenced to life in prison in 2001 after a trial in a Scottish criminal court established on neutral ground , in the Nederlands. Another defendant had been acquitted.

Released on August 20, 2009 by the Scottish courts due to terminal cancer, al-Megrahi received a triumphant welcome on his return to Tripoli. He died in 2012.

In 2003, the regime of Muammar Gaddafi had officially recognized its responsibility in the attack and paid 2.7 billion dollars in compensation to the families of the victims.

After his fall in 2011, American and Scottish investigators traveled to Libya to explore new leads. The British media had then mentioned the name of Abou Massoud and that of Abdallah Senoussi, ex-chief of the Libyan intelligence services and brother-in-law of Gaddafi.

After the revolution, Massoud was arrested by the new authorities. According to the magazine New Yorkerhe was sentenced in 2015 to ten years in prison for having manufactured bombs used in 2011 by the Gaddafi regime against his opponents.

During an interrogation in 2012, he admitted to the intelligence services of the new regime his participation in the attack on Lockerbie, but also against a nightclub in Berlin in 1986 (three dead), according to American court documents .

The investigators also have travel records showing in particular that he made a flight between the Libyan capital Tripoli and the island of Malta just before the attack.

This is where the bomb, contained in an audio cassette and hidden in a suitcase, had been embarked to be placed later in the hold of the Pan Am flight, according to these documents.