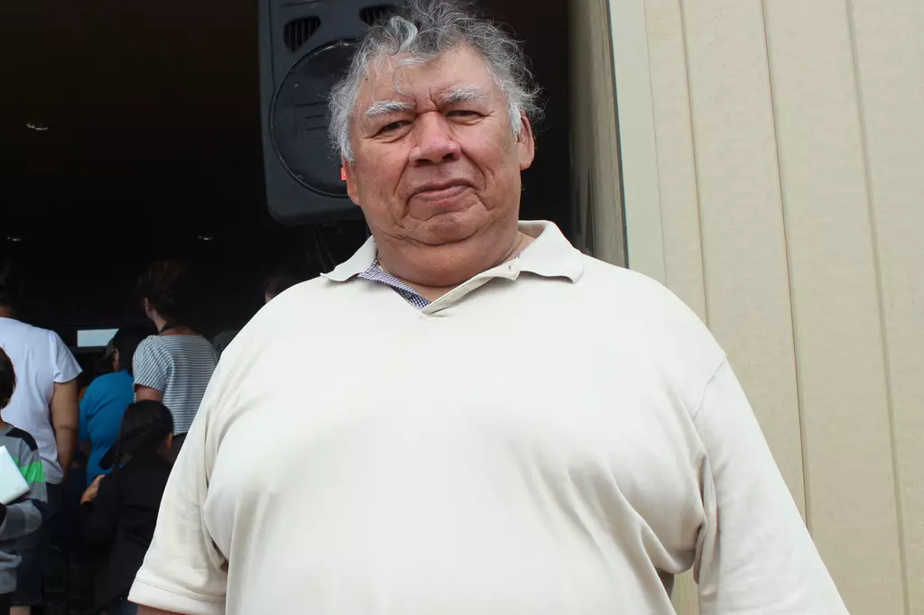 (Montreal) The Council of the Atikamekw of Wemotaci (CAW) put the Quebec government on notice on Thursday, because of logging on its unceded ancestral territory.

The current consultation measures “are only smoke and mirrors that serve the interests of Quebec,” said Chief François Néashit, at a press conference in Trois-Rivières.

He said that at the stage where his community is consulted on new projects, it is already too late to make meaningful changes.

It is the Ministry of Forests, Wildlife and Parks (MFFP) which “determines which territory will be used for what”, explained Mr.and Jacynthe Ledoux, CAW lawyer, during the conference. If he decides that an area will be used for logging, “it is no longer possible to question the vocation of this territory”, or even the quantity of trees that will be felled, a- she lamented.

“The impact is very important on the way of life of the Atikamekw of Wemotaci”, testified Chief Néashit. “Animals are moving, and you can hardly hear some birds either. “Traditional activities are threatened by deforestation, in particular the gradual disappearance of birch, used for its wood, but also its bark.

He hopes that Quebec will come and sit around a negotiating table without having to go through the courts.

“We are not against logging, he said, but we have never given up this territory or our right to control its use. »

But this is not the only issue in the rear view mirror of Wemotaci, who is also worried about the “number of resort leases granted on the ancestral territory of the Atikamekw”, added Ms.and Ledoux.

These are permits, distributed by the Ministry of Energy and Natural Resources, to set up chalets or hunting camps, for example.

Unlike in the case of logging, “there is no mention of any duty to consult with Indigenous peoples”.

The MFFP and the office of the Minister responsible for Indigenous Affairs, Ian Lafrenière, did not immediately respond to messages from The Canadian Press.

“The Government of Quebec is reaping what it has sown,” commented the Chief of the Assembly of First Nations Quebec-Labrador (AFNQL), Ghislain Picard. “He sowed indifference, he reaped gestures like the one posed today by Wemotaci and which could easily be multiplied ten, fifteen, twenty times. »

He announced that the member chiefs of the AFNQL “have unanimously voted for a resolution in support of Wemotaci’s approach” and to “politically support the efforts of any other First Nation”.

According to him, Quebec should not be surprised “if this gesture is followed by other gestures from other Nations and communities” who are experiencing a similar situation.

The Atikamekw Nation Council, which brings together the communities of Wemotaci, Manawan and Opitciwan, has been negotiating for more than 30 years with Quebec regarding the recognition of its unceded ancestral territory, Nitaskinan, which encompasses almost all of Mauricie.

The requests made on Thursday relate only to the Wemotaci-Aski, a smaller space.

The same year, the Conseil de la Nation Atikamekw went public to declare its sovereignty over the Nitaskinan and the exploitation of its resources.