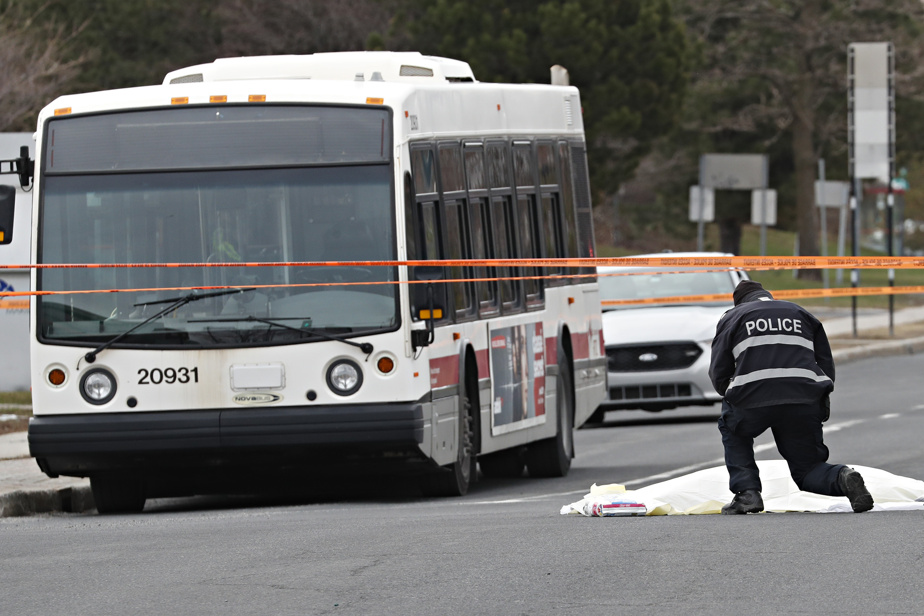 A 12-year-old girl died Wednesday morning after being hit by the driver of a Réseau de transport de Longueuil (RTL) bus. According to several witnesses, the young victim would have crossed the street on a red light and the driver would not have seen her.

The tragedy occurred around 7:30 a.m. at the corner of boulevard Roland-Therrien and chemin Du Tremblay in Longueuil.

The Longueuil agglomeration police department (SPAL) confirmed earlier Wednesday morning that the victim is a 12-year-old girl. His death was pronounced on the spot.

She was a grade 1 studentD secondary school at the Jacques-Rousseau school, located 2.5 kilometers from the accident site. “The death of the young woman was noted on the spot when the first responders arrived”, according to SPAL spokesperson François Boucher.

“My daughter has seen it all,” explains Pascale Despeignes, looking down. Her 15-year-old daughter attends the same school as the deceased. She was on the 417 bus on Wednesday, like every morning.

The vehicle was stationary and the young girl would have crossed the street perpendicularly while the traffic light was red, she explained to her mother. The driver would not have seen her and would have started rolling while the young teenager was running. With its six lanes of traffic and its large median strip, Roland-Therrien Boulevard is very wide at this intersection.

“According to my daughter, the bus was not speeding. The girl didn’t want to miss her bus. It’s so sad. »

A nurse who was on the bus approached the victim after the accident to help him. “She couldn’t do anything. It was already too late,” sighs M.me Despeignes.

The management of Jacques-Rousseau school allowed students who wanted to stay home on Wednesday to do so, she adds. Those present in the vehicle were in shock, says Pascale Despeignes. “My daughter was able to talk to a social worker at her school. She didn’t know the victim, but it’s still something to see that. »

“The little girl ran across so she wouldn’t miss the bus, I guess. The vehicle was stopped at the red light,” says another mother present at the scene of the accident.

The Mayor of Longueuil Catherine Fournier reacted to the sad event on Twitter. “I would like to express my deep dismay and my most sincere condolences to the family and loved ones of the young girl who died this morning following an accident involving an RTL bus. »

The management of the RTL also offered its condolences to the relatives of the victim by press release. According to our information, the driver suffered a nervous shock.

“We are collaborating in the investigation and we will not comment,” said Marie-Claude Rivet, spokesperson for the RTL.

A police investigation is underway. SPAL reconstructionists will go on site to shed light on the circumstances surrounding the accident.