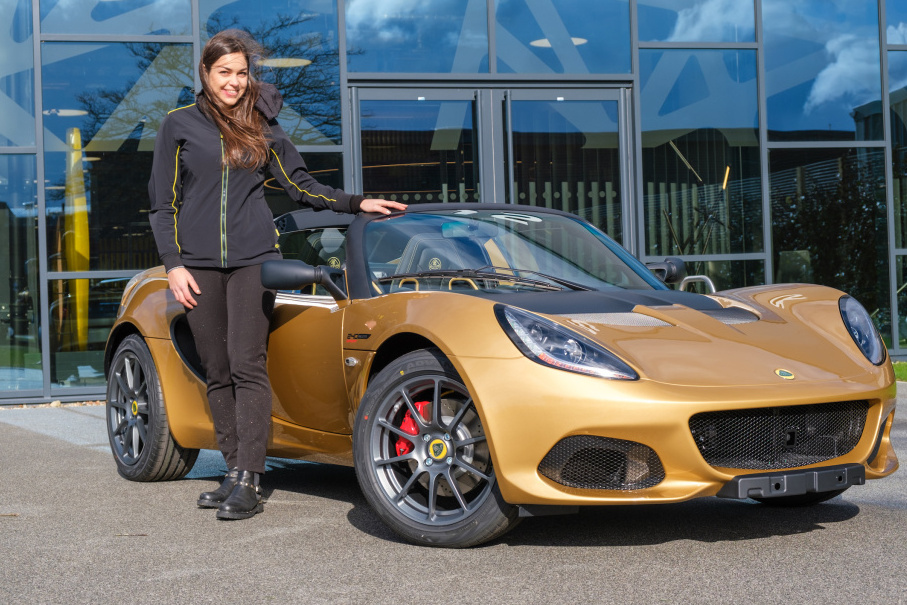 The Lotus Elise may no longer be present on the North American market, but it remains a source of fascination for many sports car enthusiasts. The small, ultra-light English two-seater has been ignoring conventions for years, placing the uncompromising emphasis on its precious interaction with its driver.

But, now, it was getting old, which prompted Lotus to cease production in December. The last copy produced was recently delivered to the woman who inspired its name.

To close the loop, Elisa Artioli had the privilege of taking delivery of the very last assembled Elise. Granddaughter of Italian entrepreneur Romano Artioli, who had owned Lotus for two years when the Elise was launched in September 1995, she is the inspiration for the model’s name.

She told the magazine Road&Track have owned a Lotus Elise Series 1 since the age of 4. She plans to use her new gold-painted Elise “every weekend” and says she wants to keep her two Lotuses “forever”.

“When I’m driving another vehicle, I get bored quickly, I can’t concentrate,” she said during the interview. It’s hard to think of a better way to close this important chapter in British car history.