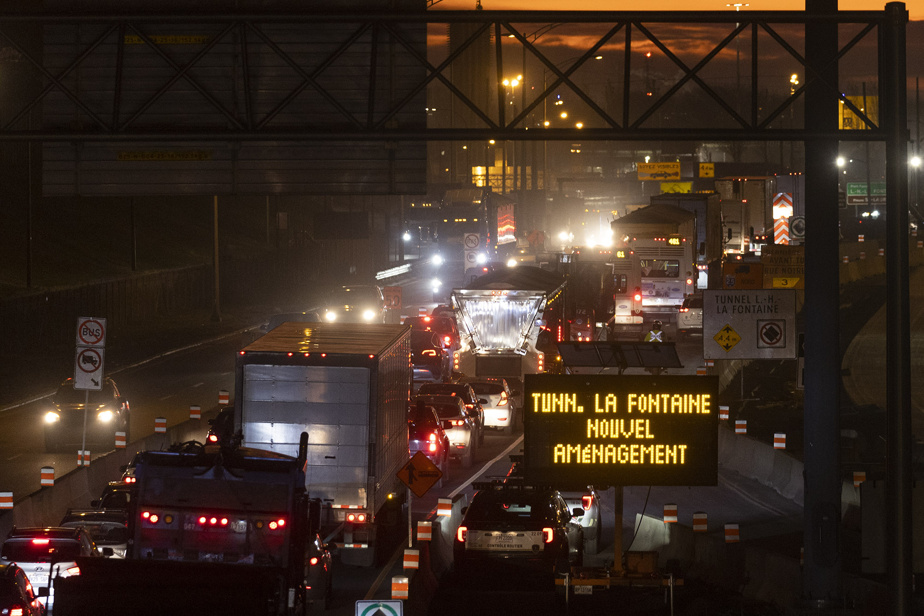 This is shown by the first “assessment of the use of mitigation measures” for the tunnel, released on Tuesday by the Ministry of Transport (MTQ). Such a report will also be produced on a daily basis until November 18, after which it will be “made available according to the evolution of the situation”.

In total, only 400 people used lines 61 and 461 of the Réseau de transport de Longueuil (RTL) and lines 520, 521 and 532 of exo, during the evening rush hour Monday, Halloween day . Tuesday morning, this figure was up, 685 commuters having used these five lines, a figure which remains however well below the “3000 users” that Quebec says it can move during rush hour.

At the beginning of October, the authorities had suggested that the majority of motorists using the Louis-Hippolyte-La Fontaine tunnel, namely around 60% of them, will have to change their habits so that the imposing construction site does not don’t turn into a nightmare. This corresponds to approximately 72,000 of the 120,000 vehicles that use the tunnel daily.

Rising in the subway

The metro seems to benefit from the partial closure of the La Fontaine tunnel. Monday evening, Quebec recorded a 7% increase in traffic on the yellow line, towards Longueuil, and 13% at the Radisson station on the green line, where free passes are distributed to commuters.

According to the MTQ, there was “good fluidity at the Radisson terminus” and “good bus traffic around Sherbrooke Street East”. Overall, the service was “on time” and there was “no significant overload”, we also note.

No data was yet available on this plan for Tuesday morning, but the ministry says it is already recording a “marked increase” on the yellow line and “continuous” on the green line. The river shuttle between Boucherville and the Promenade-Bellerive park, meanwhile, totaled 220 individual trips on Monday, and 156 more on Tuesday.

Sophie Mauzerolle, responsible for transport on the executive committee of the City of Montreal, welcomed Tuesday the increase in ridership in the metro, adding that she expected commuters to take a few days before adjusting their movements. “The City continues to adjust according to the evolution of the situation”, she underlined, on the sidelines of a press conference.

“For example, on Souligny, there were a lot of vehicles on Monday, so we are going to open an additional lane on the Jacques-Cartier bridge southbound, starting Tuesday afternoon, to try to free up this sector a little, he said. she indicated. We are observing the situation for the moment and if necessary, we can intervene. »

On the second day of the megaconstruction site, traffic was again quite fluid on Tuesday near the Louis-Hippolyte-La Fontaine tunnel. However, it was much less so on several key axes of the metropolitan area, such as Highway 15, Highway 40 or the Décarie axis. At the end of the day, the waiting time exceeded forty minutes to cross the bridge-tunnel southbound from the Anjou interchange, but after 6 p.m., the congestion had subsided.

The spokesman for the Ministry of Transport (MTQ), Louis-André Bertrand, specified that the day of Tuesday will once again be “not necessarily representative”, due to the pedagogical days in several schools in Greater Montreal, which probably facilitate partly traffic. There is also a break in some private schools this week. “Wednesday, the afternoon peak, is our biggest peak of the week, followed closely by Thursday afternoon. I think we will have a more reliable portrait in the coming weeks, but we expect that tomorrow, with the pedagogical days and Halloween behind us, people will perhaps take the road more, “said he mentioned.

With Isabelle Ducas and Vincent Larin, The Press