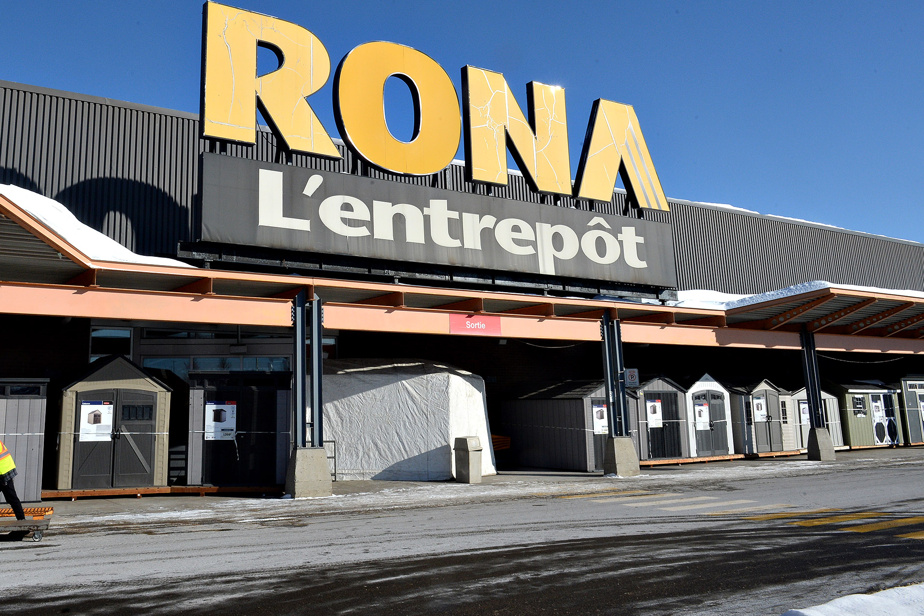 The American hardware maker Lowe’s sells its Canadian activities (Rona, Réno-Dépôt, Dick’s Lumber, etc.) to a New York investment firm for 400 million US and an amount based on performance.

The acquirer is Sycamore Partners, a retail, consumer and distribution firm that partners with management teams to improve the profitability and value of their business.

The Canadian operations sold by Lowe’s include 450 independent corporate and affiliate stores.

Lowe’s management maintains that this decision will simplify its business model, but above all that this transaction should relieve its profit margins.

Lowe’s now plans to write off US$2 billion in assets related to its Canadian retail business in its upcoming quarterly results.

After the company closed stores, made layoffs at the Boucherville head office and devalued the value of its Canadian assets over the years, the profitability of its Canadian operations continued to disappoint.

Lowe’s worked hard to acquire Rona six years ago. The American company was initially refused with a purchase offer in 2012. The devaluation of the Canadian dollar against the US dollar a few years later allowed Lowe’s to come back with a more attractive offer to conclude a transaction.

” All that for this ! says Louis Hébert, professor at HEC Montréal. “The whole saga of selling Rona so that the company ends up being owned by a New York investment firm. »

If anyone has gained anything in this story, it is first of all the shareholders of Rona who sold at a good price in 2016, but also the new buyer who has just bought the company for a fraction of its value, underlines Louis Hébert.

It will be an example of a poorly conceived acquisition and a strategic project that did not hold water in 2016 and which Lowe’s shareholders will have paid the price.

At the time of the transaction in 2016, there had been questions surrounding the strategic rationality of the acquisition, continues the professor. “Lowe’s ended up coming out with significant losses. »

A period of uncertainty is now beginning at Rona.

“There could be difficult decisions coming up,” believes Louis Hébert. Private firms often have investment windows of five to eight years.

“Sycamore’s goal is probably not to operate Rona forever. Rona will be resold. What will happen to Rona’s business between now and resale? It is to be hoped that the size of the company will not suffer from this instability at the level of its governance. »

“But this is not the first time that we will have to face this situation. Our priority will always be to secure and stabilize the jobs of our 3,000 members in 32 hardware stores in Quebec. The next step for us will be to meet the new owners and ensure that the collective agreements will be respected,” he adds.

The transaction is expected to close in early 2023. Based in Mooresville, North Carolina, Lowe’s generated more than $96 billion in fiscal 2021 revenue. The business is worth more than $111 billion. on the New York Stock Exchange. Rona was founded in 1939.