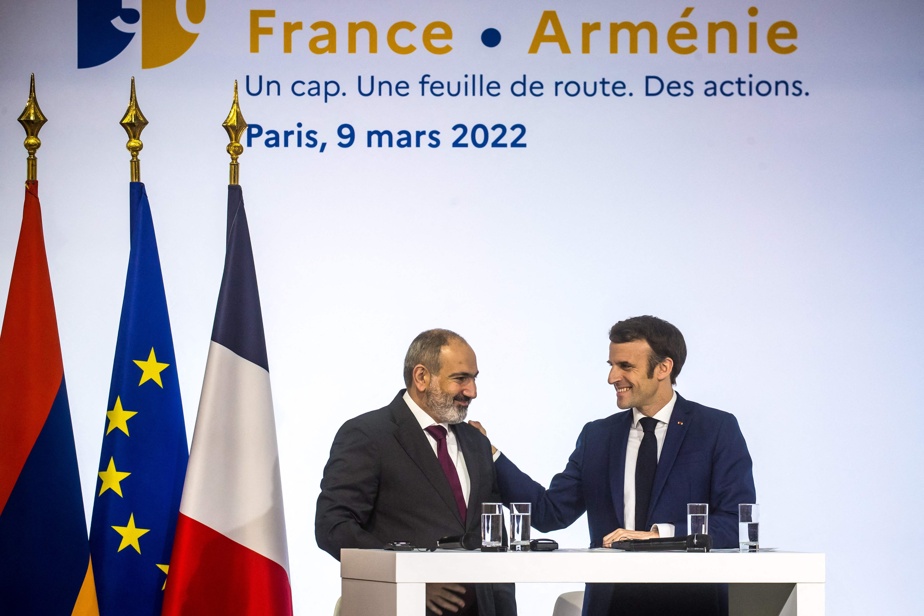 (Paris) Emmanuel Macron affirmed on Wednesday France’s “unwavering support” for Armenia while “the war unleashed by Russia in Ukraine is destabilizing the regional environment” of this country still weakened by the conflict with Azerbaijan at the end of 2020.

“The war that has returned to Europe should not make us forget the other wars and other places of destabilization” in the east of the continent, the French president declared while closing an “Ambitions France Armenia” meeting with the Armenian Prime Minister Nikol Pashinian in Paris.

“There are firm plans to change the deep balances in Eastern Europe and the Caucasus. We have to thwart them”, he added, stressing that “EU enlargement cannot be looked at on a case-by-case basis”, while Brussels launched the procedure on Monday for the examination of requests for accession of Ukraine, Georgia and Moldova. “The question of Ukraine cannot be separated from those of all the partners” in the region and the Balkans, said Emmanuel Macron.

He also recalled that “everything is not settled” more than a year after the end of the six-week war between Armenia and Azerbaijan for control of the Nagorny-Karabakh region, which 6,500 dead and concluded with a Russian-brokered ceasefire.

France, which served as a mediator with Germany, will continue to work “for the release of Armenian prisoners”, on “the demarcation of the border” and on the question of Nagorny-Karabakh, he said. Armenia was forced to cede several Azerbaijani regions it controlled around this separatist region.

Nikol Pashinian for his part affirmed that a year after the war, his country had “a vital need to attract new investments” to strengthen its economy. Some 200 Franco-Armenian cooperation projects were listed at the meeting, particularly in health, technology, culture or education.

The situation of Armenia, which is overwhelmingly Christian, was invited into the presidential campaign in France: Valérie Pécresse (LR) and Eric Zemmour (Reconquest!) went to Yerevan, both to show their support for the Christians of East.

The community of Armenian origin has significant electoral weight in France since it has around 600,000 members, including 400,000 born in France, according to Armenian associations.