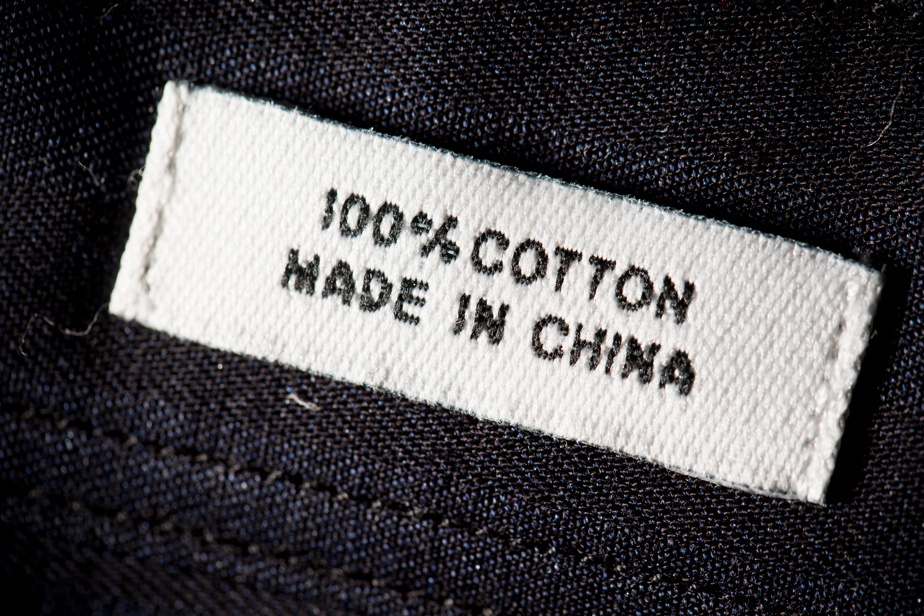 (Geneva) The United States is breaking international trade rules by imposing the “made in China” label on goods imported from Hong Kong, a measure taken by the former Trump administration, the World Organization has said. trade on Wednesday.

According to the Dispute Settlement Body (DSB) of the WTO, an organization in which Hong Kong and China are two separate members, the American measure is incompatible with the General Agreement on Tariffs and Trade (GATT). ) of 1994, in particular because the United States “has not demonstrated that the situation in question constitutes a case of serious international tension”.

The DSB found that this difference in treatment “modifies the conditions of competition” to the detriment of Hong Kong products.

These products are “therefore deprived of the possibility of competing in the United States market under their own name and thus of influencing or developing any value which may be attached, now or in the future, to their origin, or take advantage of that value,” the DSB concluded.

In a statement, the United States announced that it “categorically rejects the erroneous interpretation and conclusions” of the panel, saying that “China’s disturbing actions” in Hong Kong “threaten the security of American interests”.

“To be perfectly clear, the United States does not intend to withdraw labeling obligations as a result of this report and we will not leave our capacity for judgment and decision on essential security issues to the WTO”, assured U.S. Embassy Commerce Spokesman Adam Hodge was quoted in the statement.

On July 14, 2020, Donald Trump, then US President and candidate for his succession, announced the end of the preferential regime granted by Washington to Hong Kong, after the imposition by Beijing of a controversial national security law in the semi-territory. -autonomous.

A month later, on August 11, 2020, US Customs announced that goods imported from Hong Kong would have to be marked “made in China” in order to be sold in the United States.

In its findings, the DSB admitted that “there was evidence that the United States and other members were seriously concerned about the human rights situation in Hong Kong”, but considered that the situation “had not reached the threshold of seriousness required” to constitute a case of serious international tension, a situation for which the GATT provides exceptions relating to security (Article 21).

The United States is in principle bound to follow the conclusions of the WTO, which can impose sanctions at the request of the complaining country. Washington can also appeal, which would stop the procedure, because the WTO’s appellate body has not been in operation since Donald Trump blocked the appointment of judges, a blockage to which Joe Biden did not put end.