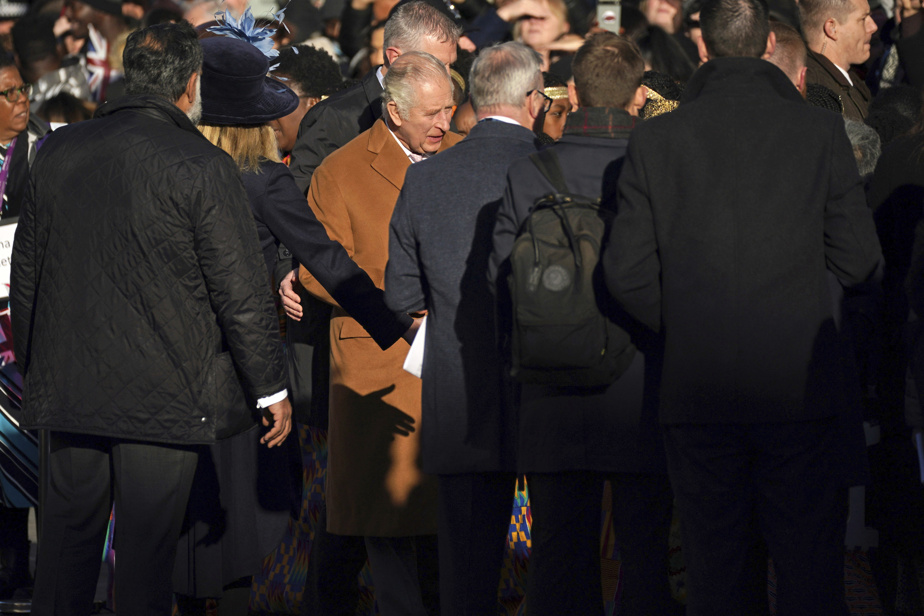 (LONDON) British police said on Tuesday they arrested a 20-year-old young man after an egg was thrown at King Charles III, who was traveling in the town of Luton, north London.

Bedfordshire police told AFP that the man was “detained for questioning” for “assault”.

Charles III was in Luton to meet with city officials, charities and visit a new Sikh temple.

In early November, a 23-year-old man was arrested in York, northern England, after throwing eggs at the new ruler as he walked and shook hands in the city center in company of his wife Camilla.

“This country was built with the blood of slaves”, he would have shouted before being arrested by several police officers, at a time when the country is increasingly confronted with its slavery and colonialist past. The suspect was later released on bail.

Last week, the royal family experienced a new controversy after the remarks deemed racist by a relative of former Queen Elizabeth II towards a black feminist activist during a reception at Buckingham Palace.