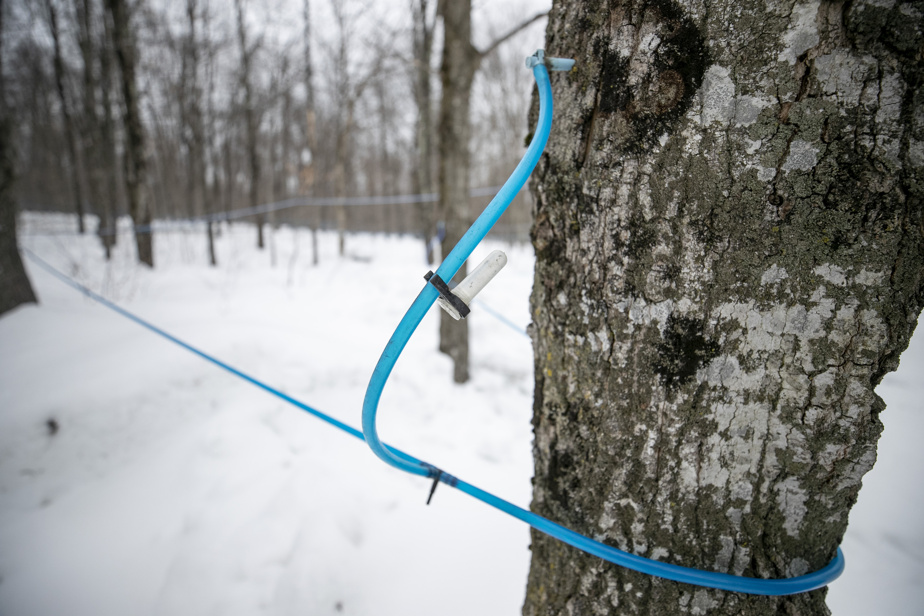 The year 2022 has far exceeded the expectations of maple syrup producers with record maple syrup production in Quebec and across the country. In the province, a total of 15.9 million gallons occurred, according to Statistics Canada.

This “performance” will make it possible to replenish the strategic reserve of maple syrup from which we had to draw in 2021 to meet demand.

When it comes to packaging, the industry is already gearing up for the upcoming season. Quebec production of cans to contain syrup is already well underway to prevent maple producers and processors from experiencing a shortage of containers, as was the case last spring.

This year, however, the tide has turned.

We have never had a performance at this height. The season was longer, the sugar level was there, the volume of water was there, all the stars were aligned for us to have a record season.

Technological improvements and an increasingly specialized workforce have also contributed to the exceptional yields, according to Mr. Goulet.

The president of the PPAQ is having a hard time making predictions for the next sugaring season. He points out, however, that seven million new taps have been granted and will be made by 2024. Regarding the supply of cans, Mr. Goulet ensures that “the quantities are already there”.

To meet part of the demand, the Quebec company Idéal Canne, located in La Guadeloupe in Beauce, has started producing cans for this market. Nearly 10 million containers will have been produced by the end of the year by the company. For 2023, 15 million cans will leave the Ideal Canne factory.

And production is already well underway, assures the president of the company, Erick Vachon. “We are three, four months ahead of the sugar season, he says. There will be no shortage of canes in Quebec. »

BMR, which sells cans and other products for maple syrup production, also assures that there will be no shortage of equipment this year. “Since last year, BMR has identified new suppliers and new product lines intended for maple syrup producers, which has allowed us to replenish our warehouses and thus be in an excellent position to ensure a constant supply at the level of the vast majority of the articles sought, assured the director of communications of the company, Kaven Delarosbil, in an email sent to The Press. Therefore, we do not anticipate a shortage of maple syrup products for the 2022-2023 season. »