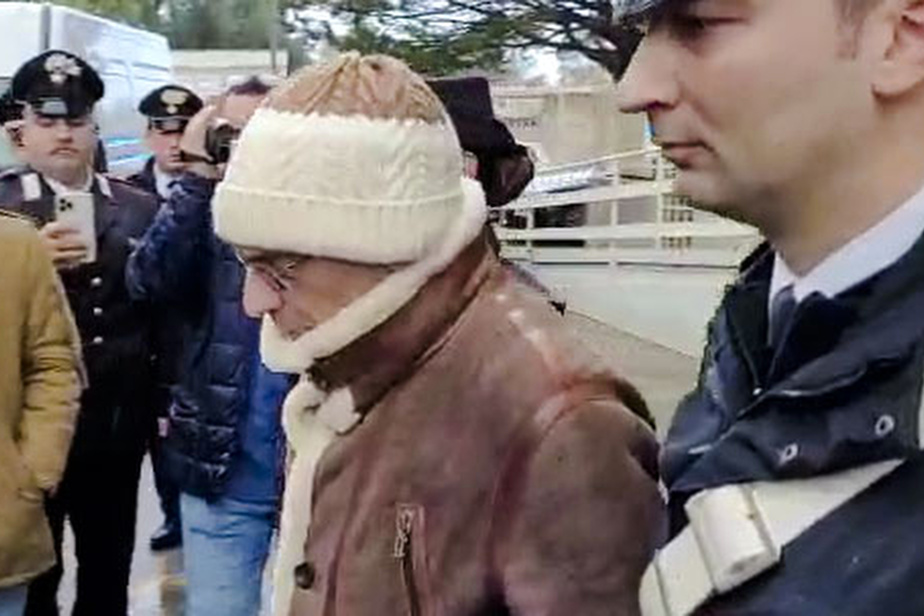 (Palermo) Hard blow for the Sicilian “Octopus”: the most wanted mafia godfather in Italy, Matteo Messina Denaro, a ruthless killer, was arrested Monday in Palermo after 30 years on the run.

The legend of Matteo Messina Denaro, 60, equals that of the great historical leaders of Cosa Nostra, Toto Riina and Bernardo Provenzano, who died in prison in 2017 and 2016 respectively.

Head of government Giorgia Meloni immediately hailed “a great victory for the state which demonstrates that it is not surrendering to the mafia”.

“We didn’t win the war, we didn’t beat the mafia, but this battle was a battle that had to be won. And it’s a blow for organized crime, ”she said later in Palermo where she went in the wake of the announcement of the mafia’s arrest.

Italian President Sergio Mattarella, whose brother Piersanti, at the time president of the Sicilian region, was shot dead in January 1980 by the mafia, “expressed his congratulations” to the police.

Matteo Messina Denaro was arrested at a clinic in Palermo, Carabinieri General Pasquale Angelosanto said in a video statement distributed to the press.

According to Italian press agencies, it is the La Maddalena clinic where he was treated, under an assumed name, for colon cancer.

A video from the carabinieri shows a weakened man, heavily dressed and surrounded by two carabinieri getting into a vehicle.

According to people present at the clinic and quoted by the media, heavily armed carabinieri belonging to the elite team, the Ros, arrested him.

On the list of the Ministry of the Interior of the six most wanted criminals in Italy, Matteo Messina Denaro, born in April 1962 near Trapani in Sicily, occupied the first place.

Heir to the bygone era of the “great historical power of Cosa Nostra”, “he is the last, the most resilient, the ‘purest’ Sicilian mafia that remains”, reminds AFP criminologist Anna Sergi, specialist in mafias.

Federico Varese, professor of criminology at the University of Oxford, considered that “it is extraordinary that he is still in Palermo”. “On the other hand, if you want to still wield some power, you have to be on the pitch,” he added.

A former Cosa Nostra trigger, he was sentenced in absentia in 2000 to life imprisonment for murders and in 2020 for that of anti-Mafia judge Giovanni Falcone. The only known photo of him dates back to the early 1990s.

He was described as a great lover of luxury clothes and cars. Hundreds of police and carabinieri had been involved for many years in the hunt for Italy’s most famous fugitive.

Since the 2000s, the Italian police have multiplied the arrests and seizures of property in his entourage, a strategy of isolation which took nearly 20 years to bear fruit as his support network was important.

His arrest symbolically occurs the day after the 30e anniversary of the arrest of Toto Riina, nicknamed “la belva” (the beast) and who had reigned terror for 20 years within Cosa Nostra, of which he had taken control from the 1970s.

Matteo Messina Denaro is one of the last great figures of Cosa Nostra, largely decimated by relentless state operations after the 1992 assassination of judges Giovanni Falcone and Paolo Borsellino.

“For me, today represents the end, the end of Cosa Nostra. Finally a page is turned. The mafia is over. The old chain murder mafia that brought this country to its knees [est finie] “, told AFP Giovanni Guarino, a resident of Palermo, while a woman wished him to “rot where he must rot after 30 years” on the run.