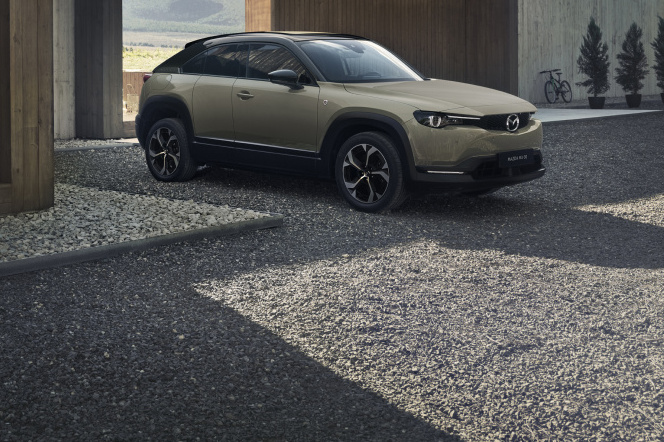 Japanese brand Mazda recently presented a new plug-in hybrid version of its MX-30 electric subcompact crossover at the Brussels auto show. This new version of the model adds a string to its bow with the help of a technology abandoned for a long time by the manufacturer, but which is not expected to return to Canada anytime soon.

Officially named e-Skyactiv R-EV, this version brings back the rotary engine, but in a secondary role. He has here the mandate to increase the total autonomy of the vehicle without moving it. To do this, Mazda has halved the size of the battery, which goes from 35.5 kWh in its electric version to 17.8 kWh in this plug-in version. A purely electric range of 85 km is advanced, according to the European measurement protocol (WLTP). When the battery is discharged, the small 830 cc internal combustion engine takes over with a 50 L tank.

At the same time, Mazda has slightly increased the power of the electric motor, which increases from 143 hp to 167 hp. That said, none of these advancements will be offered in Canada. The manufacturer has confirmed to us that this plug-in MX-30 will not land in the country, a likely missed opportunity to make this model more attractive. Remember that the electric MX-30 has a maximum range of only 161 km.