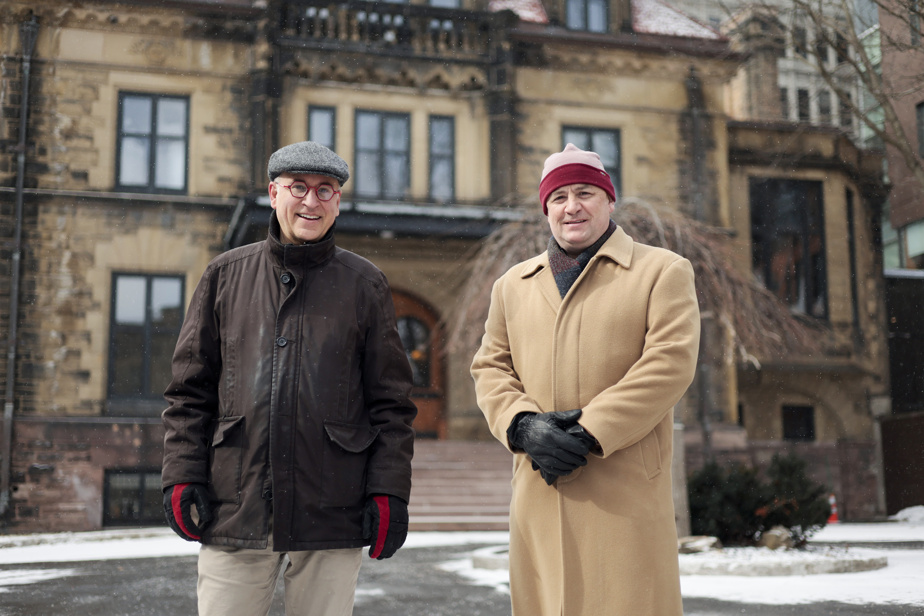 A rarity in Quebec universities: professors at McGill University are not unionized. A group of professors who want to change the situation are met with resistance from the employer.

“We want control of our destiny, the real opportunity to participate in the management of our faculty and, of course, a collective agreement,” says Evan Fox-Decent, professor of law and acting president of the McGill Association of professors of law (AMPD).

Last November, the professors of the faculty of law filed an application for certification with the Administrative Labor Tribunal. Since then, they have been engaged in a showdown with the administration, which contested the request.

For now, only the Faculty of Law, which has 51 professors, is trying to unionize. The other faculties are “watching us closely”, says Richard Janda, professor of law and acting secretary of the AMPD. Which makes him believe that the University, which “resists fiercely”, fears a “precedent”.

In Quebec, almost all university professors are unionized, except at McGill and HEC Montreal. In the case of McGill, the University operates with a non-union association and a Senate in which faculty representatives sit.

“McGill professors have always told themselves that they don’t need a union because they are involved in the governance of the university,” explains Mr. Janda.

But not anymore. The University’s response to COVID-19 has challenged its governance model. The AMPD deplores, for example, the refusal of the University to consult the professors on the return to the face-to-face and to establish vaccination proof on campus, as they demanded.

We realized, and it was very clear to everyone, that it was a centralized administration that did not want to enter into discussions with the teachers.

Richard Janda, professor of law and acting secretary of the AMPD

Without a union, the 1,700 professors of McGill University are in “a fragile position”, warns Jean Portuguese, president of the Quebec Federation of Professors and Professors of Quebec (FQPPU), which accompanies “from afar” the faculty of law.

“In my opinion, this is an anomaly in Quebec,” he adds, lamenting the “fierce” response from management.

An “inappropriate” union, says the University

By email, McGill believes that the union requested by law professors “is not appropriate”, because it would only concern their faculty.

The law professors argue that their faculty is “unique”, with a “very rich history of self-management”, but the administration judges that such a union would not take into account “the converging interests of a larger group of employees and the history of labor relations at McGill University”.

The administration also adds that it has “returned to a decentralized mode of management of COVID-19” since the deconfinement of Quebec.

The case will be settled before the Administrative Labor Tribunal. Two hearings were held in December and January, and three more are scheduled for May.

This is not the first attempt at unionization at McGill University. The last dates back to before 2012, according to Janine Mauzeroll, past-president of the Association of Professors and Librarians of McGill (APBM), member of the FQPPU.

These attempts “went well”, but in the end, “it was our association that represented our colleagues”, she says. ” [L’association] never prevented [la syndicalisation]. It has always been possible,” she says.

The APBM supports the law faculty’s approach, but did not wish to comment on the administration’s resistance: “I have no position with respect to McGill, it was their choice to do that. »

The idea of ​​unionizing was not born during the pandemic. For years, the University has been run “like a business”, noted Professor Richard Janda.

“We delude ourselves if we imagine that we are not in a centralized and hierarchical administration,” he says.

And that is exactly what he sees in the resistance of the University. “The University is ready to spend a lot of money so that there is no union at McGill. They are afraid, I think, for the previous [créé] by law school. »