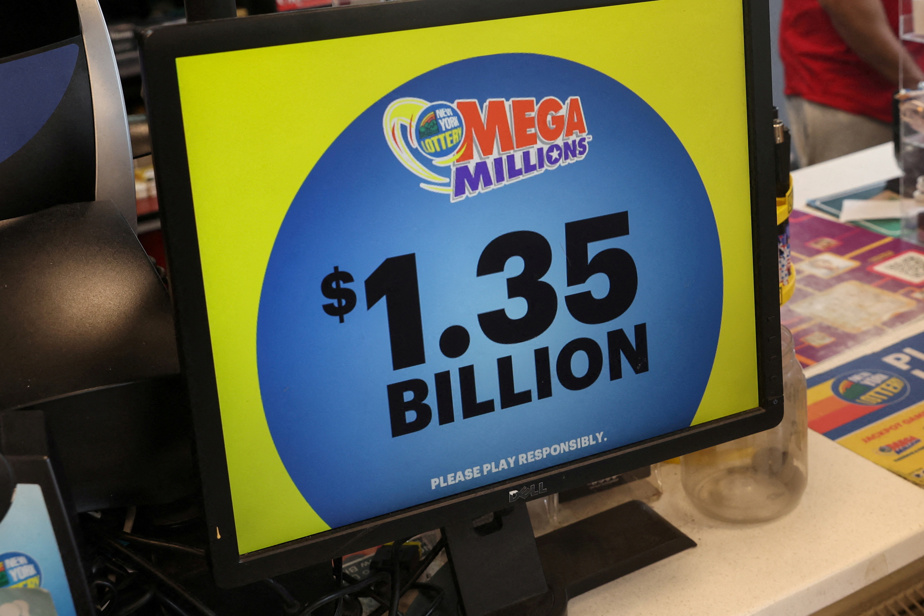 (Des Moines) In the United States, Friday the 13th brought good luck to the person or group who bought the winning ticket in a lottery allowing them to win an estimated amount of 1.35 billion US dollars.

The State of Maine has sold its first winning Mega Millions lottery ticket. The lucky combination of numbers drawn late Friday night was: 30, 43, 45, 46, 61 and the Mega Ball, 14.

The winning ticket holder(s) had a one in 302.6 million chance of getting their hands on the prize pool, the second largest in the history of this lottery. This jackpot exceeding one billion US is the result of the accumulation of three months of draws without a winner.

The biggest Mega Millions jackpot was awarded in October 2018 when $1.53 billion was claimed by a single ticket holder in South Carolina.

Friday night’s draw marked the seventh time there had been a big winner on a Friday the 13th, a superstitious date considered unlucky.

To claim the full US$1.35 billion jackpot, the winner must accept it as an annuity with annual payments over a 29-year period. Most winners, however, prefer the cash option, but the value of the prize is less. In the case of Friday night’s Mega Millions draw, the cash prize pool option is estimated at $724.6 million.

The jackpot for Tuesday’s next draw will drop to around US$20 million or a cash option of $10.7 million.

Until Friday evening, there have been 25 consecutive draws without a jackpot winner.

The Mega Millions lottery is available in 45 US states, as well as Washington and the US Virgin Islands.