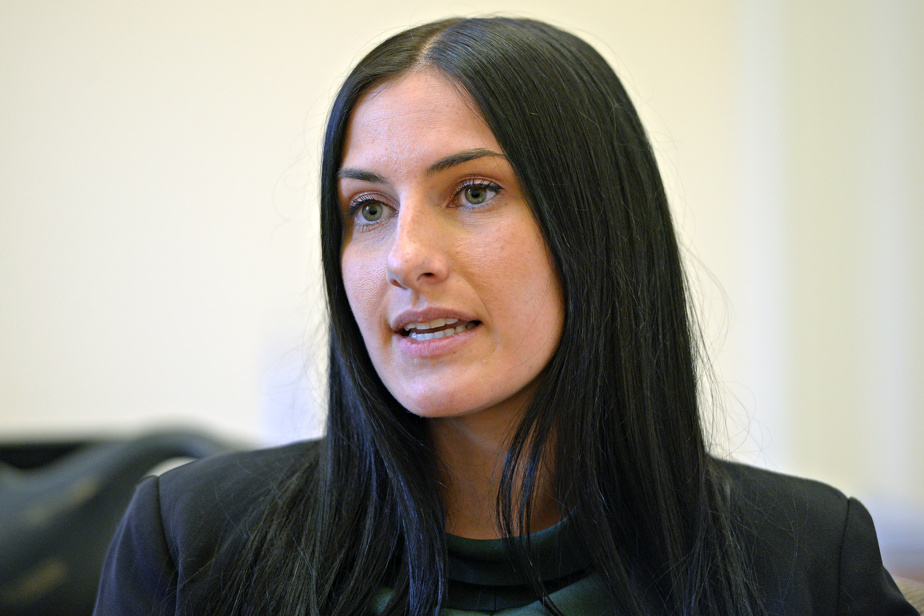 (Quebec) Méganne Perry Mélançon, former Parti Québécois MP for Gaspé who was defeated in her riding in the last election by the Coalition avenir Québec, was appointed spokesperson for the Parti Québécois (PQ) on Monday.

This is a first in the party founded by René Lévesque, it is said from memory at the PQ caucus in Quebec. In a press release, the political party clarified that the role of Mme Mélançon will represent the PQ in civil society and occasionally in the media, in the context where there are only three deputies – including the leader, Paul St-Pierre Plamondon – who sit in Parliament.

“I feel like I still have a contribution to make politically. Despite other offers that have come to me in recent weeks, I didn’t see how I could miss out on such an involvement,” she told The Press.

Méganne Perry Mélançon, 32, was elected in 2018 in the riding of Gaspé, in Gaspésie. During her term in Quebec, she served as spokesperson for the Third Opposition Group on issues affecting regional economic development, SMEs, tourism and housing, among others. His new functions will lead him to work mainly from Montreal, where the PQ headquarters are located.

“I think it’s important for Paul St-Pierre Plamondon to seek maximum visibility for the party. By creating this position from scratch for me, it’s part of his vision to do things differently,” said Ms.me Perry Mélançon, stating that she wanted to be a strong voice for the regions within the party.

The creation of a paid spokesperson position and the addition of resources to the PQ office to support the parliamentary research and communications team are the result of years when budgets were tightly controlled at the party , it was pointed out on Monday. The Parti Québécois no longer has any debt to date, it was added, while in 2022, 13,486 people made a donation to the PQ troops.

The deputies of the Parti Québécois will meet Wednesday and Thursday in Parliament as part of a caucus before the parliamentary session. Work in the National Assembly begins on January 31.