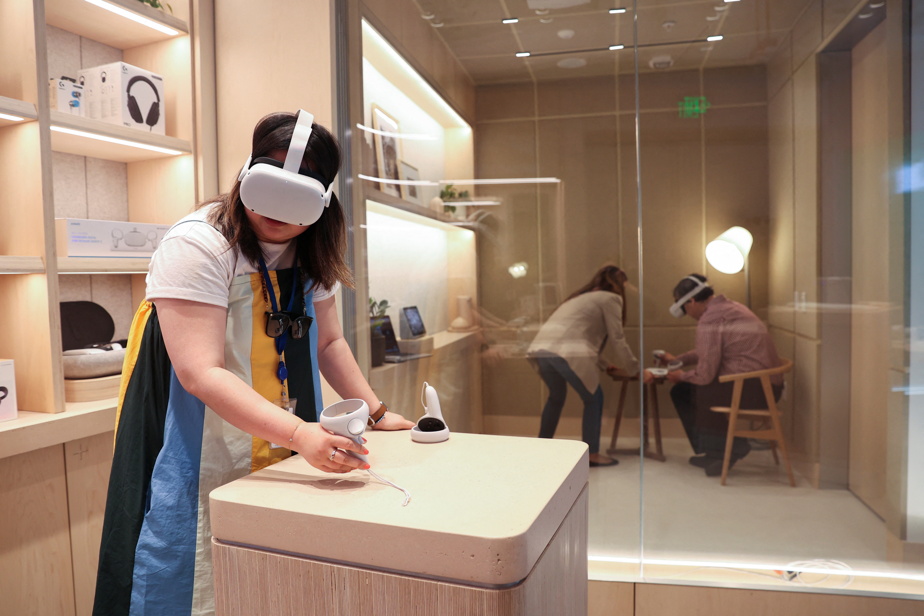 (San Francisco) Users of Oculus virtual reality headsets will soon be able to visit each other’s homes, one more stone in the building that the social networking giant has set out to build in the metaverse.

Mark Zuckerberg, the founder of Meta (Facebook, Instagram, Oculus…) published a video on Friday where his avatar interacts with that of a guest in his “virtual house”, that is to say the universe he chose to visualize when he puts on his helmet (like a terrace in the mountains or a space station).

In the next Quest headset update, users will be able to “invite friends to hang out, watch videos or go to apps right from your virtual home,” the boss explained in the caption.

In the video, his legless avatar converses with that of Alex Honnold, an American professional climber. The two characters then immerse themselves in a 360-degree filmed sequence of the adventurer climbing a cliff in the Dolomites.

Until now, Quest 2 users could meet up with friends at virtual parties or explore the worlds of Horizon Worlds, Meta’s main VR platform, or play two games together, but not just meet up at each other’s homes. others.

“Additional options for customizing your ‘home’ are being developed,” Zuckerberg said.

The Californian group renamed itself Meta last fall to mark a shift towards the metaverse, considered in Silicon Valley as the future of the internet.

The beginnings of this set of immersive universes already exist in certain video games, such as Fortnite or Roblox, or on social platforms, such as VRchat.

Meta is gradually adding features that give “body” to the metaverse.

But the social media giant will not escape controversy in its virtual worlds.

Users have already complained about cases of harassment on Horizon Worlds, for example, leading Meta to establish a minimum distance between avatars.