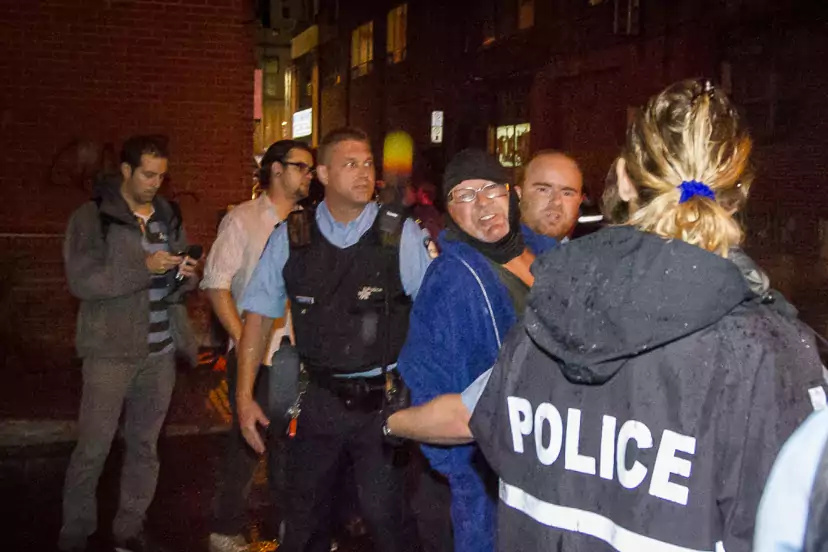 No police officer from the Sûreté du Québec (SQ) was watching the back of the Métropolis, since there was no known “threat” targeting the Parti Québécois, the head of security for the chiefs in 2012 justified himself on Friday. However, he was never informed that Pauline Marois was targeted by six threats on polling day.

” Nope. I learned it after the event,” admitted former SQ lieutenant Daniel Rondeau to the civil lawsuit brought against the SQ and the Service de police de la Ville de Montréal (SPVM) by four survivors of the attack. They are claiming $600,000 for injuries sustained as a result of poor security.

Lieutenant in the Personality Protection Division, Daniel Rondeau was the head of operations at the SQ command post during the 2012 election campaign. It was therefore he who approved the SQ’s deployment plan in Metropolis in the evening elections. He also increased the number of Pauline Marois’ bodyguards from two to four.

Ten years later, Daniel Rondeau persists and signs: his team deployed in a “satisfactory and compliant” manner the evening of the attack. “There was no reason to put someone on the outside, there was no threat,” he insisted on Friday. As agreed, the back door of the Metropolis was protected by a police officer who was inside, he said.

Taking advantage of the absence of police on his way, Richard Henry Bain, wearing a dressing gown and a balaclava, opened fire on the dozen stage technicians gathered near the rear entrance of the Metropolis, killing Denis Blanchette and injuring seriously Dave Courage. However, this door was part of “plan A” to evacuate Pauline Marois in the event of a threat.

However, according to the former security manager, it was up to the SPVM to “judge the quantity of police officers” to be posted outside the Metropolis, “especially since there were no threats”.

“No threat during the campaign”

According to the SQ, the Parti Québécois was not the target of any threat during the election campaign. In a report mentioned at trial, the police listed six threats against the leaders during the campaign, including students and “radical separatists”. Thus, Richard Henry Bain constituted an “undetectable” threat, according to the retired SQ.

“I don’t remember that,” replied Daniel Rondeau each time.

The executive report aimed at shedding light on the attacks – and hidden by the SQ for 10 years – reveals that Pauline Marois was personally targeted by six threats on election day. A witness said Thursday that these threats had been launched during the partial unveiling of the results, without specifying their nature.

However, these six threats never reached the ears of Daniel Rondeau, nor therefore to those of the bodyguards on the ground. “Minimally”, this information should have been communicated to the SQ command post, agreed Daniel Rondeau.

However, this is not “necessarily” a security flaw. “It all depends on the type of threats detected. Especially since according to the information I have had, these threats have been investigated and verified, ”he said.

The trial will continue next week before Judge Philippe Bélanger.