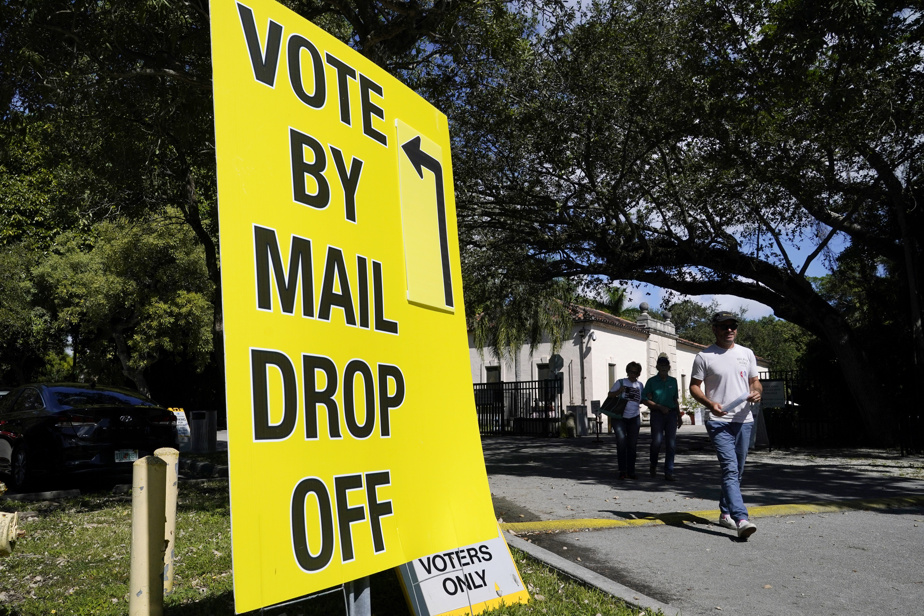 (Washington) Joe Biden goes to Florida on Tuesday, giving a last push in the difficult campaign of the Democratic Party, one week before the mid-term legislative elections on November 8.

The American president is trying, with mixed success, to pose as a defender of the middle class in the face of a Republican opposition, according to him, won over to the cause of the richest.

This time he plans to talk about health and social benefits for retirees.

“Millions of Americans would lose their health insurance and social benefits in the event of a Republican Congress,” the White House said in a statement.

And to praise a great law adopted at the initiative of Joe Biden to contain, for example, the exorbitant cost of drugs, especially for the elderly.

The 79-year-old Democrat had been promising for a while to go to Florida, historically considered a “Swing State” likely to vote sometimes left sometimes right, but which recently seems to lean more clearly for the conservative camp. He had had to postpone a first trip because of a deadly hurricane.

In addition to an official speech on health, he will put on his cap as a leader of the Democratic camp for fundraising events in favor of his party’s candidates for governor and senator.

The Democrats are largely beaten in these two polls and the visit of Joe Biden should not change the situation.

But the White House hopes to take advantage of his visit to present the Republican Party as a threat to low-income households and retirees.

“The Republicans were very successful in convincing Spanish speakers to start voting” for them, while this population, very represented in the state, leaned more towards the Democrats, explains Aubrey Jewett, political scientist at the University of Central Florida. .

He highlights the appeal of former President Donald Trump, and current Governor Ron DeSantis, a rising star on the hard right, with their very conservative stance on societal issues, or their criticism of what they call “Communist” aims. from the Biden administration.

“It worked with a certain percentage of Spanish speakers who said to themselves, ‘We didn’t flee Cuba or South America to have the same thing here,'” he says.

Susan MacManus, professor of political science at the University of South Florida, believes that “Republicans are much better at keeping up with the constant and massive demographic changes” in this state.

She points out, for example, that “a lot of younger people came to settle here with their families because (the Republican authorities) did not want to close the schools” in the face of the COVID-19 pandemic.

Joe Biden was relatively discreet during the campaign for the “midterms”, which should, according to the polls, see at least the House of Representatives switch to the Republican side.

After starting a campaign heavily focused on abortion rights and the defense of democracy, and facing a conservative camp that projects a virulent message on the cost of living and crime, the Democratic Party wants to speak more about the concerns daily life of Americans.

But Joe Biden is struggling to get his message across as “middle class president” in a context of runaway inflation. The Democratic Party has also called for help from former President Barack Obama and his undeniable oratorical talents to mobilize his troops.

The former and current Democratic presidents are due to appear together on Saturday for a meeting in Pennsylvania, a hotly contested state.