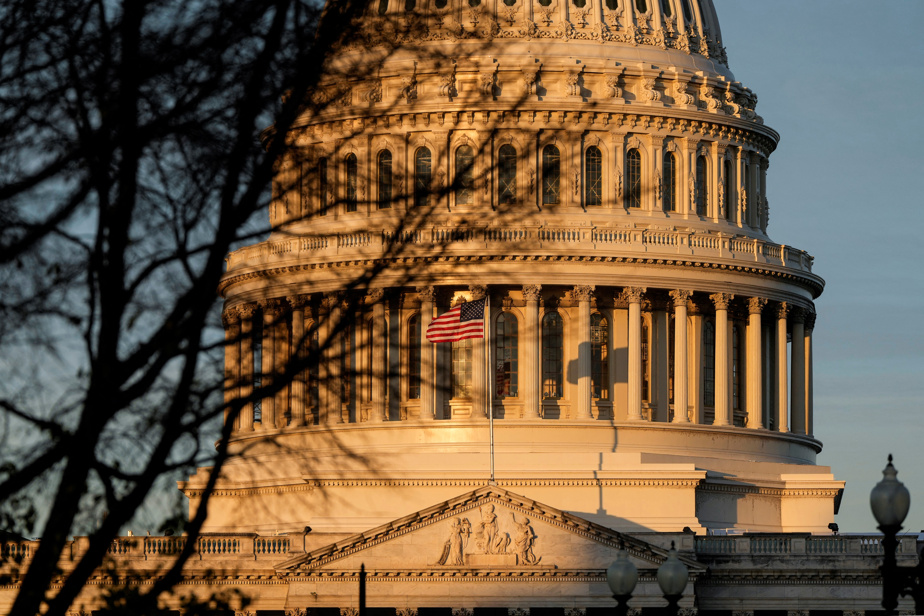 Dianna English, who heads the organization’s Toronto chapter, said many people she spoke to were “in disbelief” that a ban on abortion access was back on the table this year.

“The women here who fought for women’s right to access abortion and reproductive health care the first time […] now find themselves in a position, many years later, of having to start over,” she said.

“This has been a hugely motivating question for American women living in Canada. »

The United States Supreme Court’s reversal of Roe v. Wade, who had protected abortion as a national right, led to nearly complete bans on the procedure in a dozen states.

Democrats have taken up the issue. Abortion rights advocates too. They celebrate their Election Day victory in the state of Michigan, which voted to enshrine the right to abortion in the state constitution. California and Vermont did the same.

A victory was also celebrated in Kentucky, where voters were asked to refuse to protect abortion as a right, and the measure was defeated.

In a statement, the international president of Democrats Abroad celebrated what she called a “historic midterm (election) performance” for the party in the face of what many expected to be a so-called red wave. Republican victories.

As the final results were still being compiled on Wednesday, Candice Kerestan said the group had worked ‘tirelessly’ all year to secure the overseas vote, which she says counts in close races. , such as those in Georgia and Arizona.

For Frédérique Chabot, director of Action Canada for Sexual Health and Rights, which campaigns for access to abortion, the result of the vote in Kentucky is worth celebrating because it challenges assumptions about support for prohibiting the procedure in traditionally Republican areas.

“These victories are very important,” she said. Particularly in places like Kentucky, where it was kind of assumed that abortion measures would not be supported, this really shows that attacks on abortion access are not popular among American populations. »

John Richardson, a member of the political organization Republicans Overseas disagrees with the politicization of abortion and pointed to the push by Democrats outside the United States to galvanize support using the topic.

“From my perspective, I don’t think abortion should be a political issue in 2022,” said Mr. Richardson, a dual citizen of Massachusetts and Toronto who let it be known he didn’t vote. in the midterm elections.

“The United States has to somehow grow and move beyond this, and I don’t think it should be used, however, to demonize political parties in any way. »

Asked about the midterm results on Wednesday, Prime Minister Justin Trudeau said Canada would continue to work productively with the U.S. government and administration regardless of the election outcome.

With the Associated Press