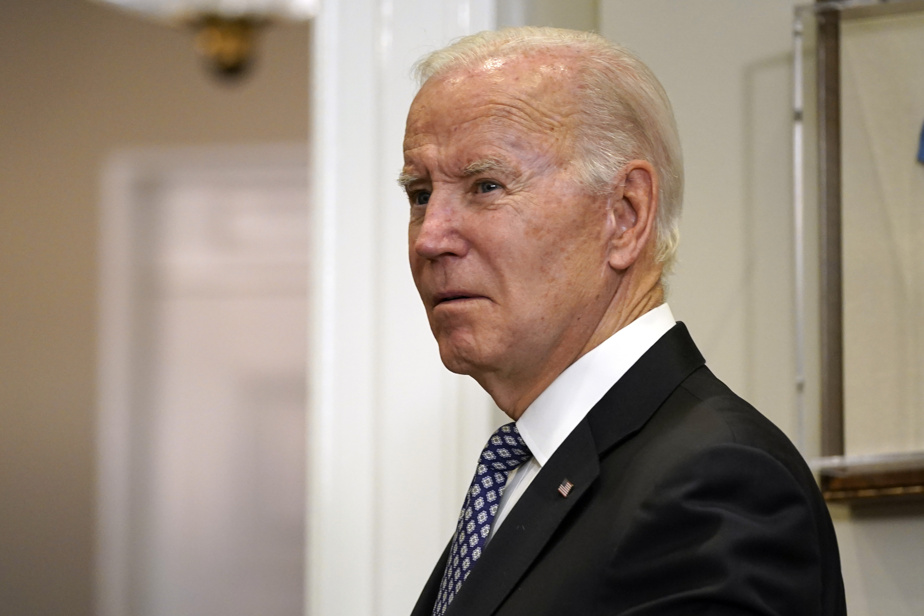 (Washington) Joe Biden threatened Monday, in virulent terms, to tax the “war profits” of the oil giants, which seems a political proclamation more than a concrete tax promise, a week before crucial legislative elections.

Mentioning the pharaonic profits announced recently by ExxonMobil and Chevron – more than 30 billion dollars between them in a single quarter – he said: “It is time for these companies to stop profiting from war and to take their responsibilities in this country. The American people will judge who is on their side and who thinks only of their profits”.

He described as “scandalous” the results published in the third quarter by companies in the sector, in a short speech at the White House. He lamented that these profits are returned to shareholders and that executive compensation is “exploding”, while prices at the pump remain high.

If companies don’t lower prices at the pump, “they will pay a higher excess profit tax,” he said, indicating that his teams would “work with Congress” to do so.

The declaration does not commit him to much, since in barely a week, on November 8, crucial mid-term elections will be held which could completely change the face of the two chambers of the said Congress.

The “midterms”, which renew the entire House of Representatives and more than a third of the seats in the Senate, are traditionally difficult for the power in place.

According to the latest polls, to be taken with caution, the Democratic Party could retain a slim majority in the Senate but lose control of the House to the benefit of the Republican opposition, which makes any legislation on oil “superprofits” very unlikely.

The Republican Party has already criticized in a press release the “dishonest” speech according to him of Joe Biden, whom he accuses of having curbed oil production in the United States and of being therefore the main responsible for rising prices at the pump.

The White House calculated that together, ExxonMobil, Chevron, Shell, BP, ConocoPhillips, and TotalEnergies made more than $100 billion in profit in the third quarter. She also accuses the companies of having inflated their margins on gasoline.

Pump prices have a very strong impact on the confidence rating of leaders in the United States, and Joe Biden has therefore multiplied statements and actions for months in an attempt to temper them.

The Democratic administration thus dumped on the market some 180 million barrels of crude drawn, in an unprecedented gesture, from the American strategic reserves.

Debates over “superprofits” in the energy sector are not uniquely American.

The European Commission, for example, indicated at the end of September that it wanted to demand a “temporary solidarity contribution” from producers and distributors of gas, coal and oil.