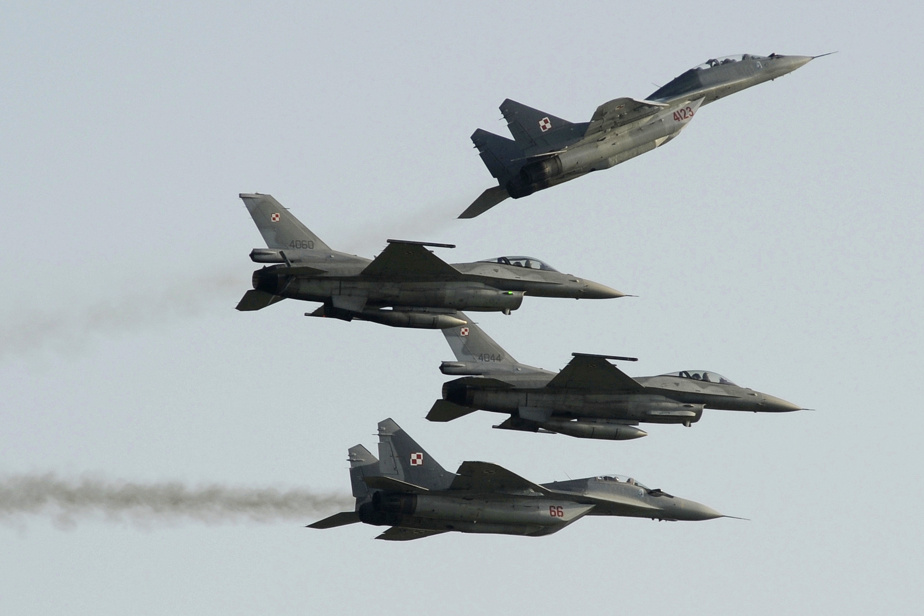 (Washington) Washington on Tuesday rejected Poland’s proposal to make its Mig-29 planes available to the United States to then deliver them to Ukraine to help it deal with the Russian invasion, considering that the offer was a source of “serious concern” for NATO.

“We do not believe Poland’s proposal is viable,” Pentagon spokesman John Kirby said in a statement.

“The prospect of fighter jets ‘at the disposal of the United States government’ departing from a United States/NATO base in Germany and flying into disputed airspace with Russia over Ukraine is raising concerns. serious concerns for the whole of NATO,” added Mr. Kirby, according to whom Washington is continuing consultations with Warsaw on the subject.

Earlier Tuesday, to the surprise of the United States, Poland had affirmed that it was “ready to move all its Mig-29 planes without delay and free of charge to the Ramstein base (in Germany) and to make them available to the government of United States,” according to a statement from the Polish Foreign Ministry.

“At the same time, Poland is asking the United States to provide it with second-hand aircraft with the same operational capabilities. Poland is ready to immediately set the conditions for the acquisition” of these devices, the ministry continued.

As a replacement for these Soviet Mig-29 planes, American media had said, Washington would have been ready to supply F-16s to Poland.

The number three of American diplomacy, Victoria Nuland, admitted that her country had been taken aback by the “surprise” announcement of the Poles.

The United States is worried about a risk of a clash between the Atlantic Alliance and Russian forces which could degenerate if Vladimir Putin’s Russia considers such military assistance as a direct involvement of NATO in the war with the ‘Ukraine.

On Sunday, US Secretary of State Antony Blinken said during a visit to Moldova that the United States was “actively working” on such an agreement with Warsaw.

Poland has around 30 of these Soviet-designed aircraft, but according to media reports, only 23 are technically ready to be sent to Ramstein.

“That is why any decision to deliver offensive weapons must be taken by NATO as a whole, on the basis of unanimity. That’s why we’re ready to give our entire fleet of fighter jets to Ramstein, but we’re not ready to do anything on our own, because, as I said, we’re not part to this war,” he continued.

For the American government, “the decision whether or not to transfer Polish planes to Ukraine ultimately rests with the Polish government,” John Kirby said in his press release.

“It’s just not clear to us whether or not there is any real logic” to such a deal, he added. “We will continue consultations with Poland and the other NATO allies on this subject and its logistical difficulties”.

Only a few Eastern European countries, former members of the Warsaw Pact, officially have Soviet Mig-29s in their fleet, whose anti-aircraft capabilities are those that best meet Ukrainian needs for combating Russian fighters.

The Mig-29s, like the Sukhoi-27 (anti-aircraft defense and ground support) and the Sukhoi-25 fighter-bombers, are the only ones that Ukrainian pilots could handle without prior training.

The Polish government has also invited other NATO member states – which have Mig-29s – to follow its example.

Ramstein Air Base, located in southwestern Germany, is the largest air base for US forces in Europe.