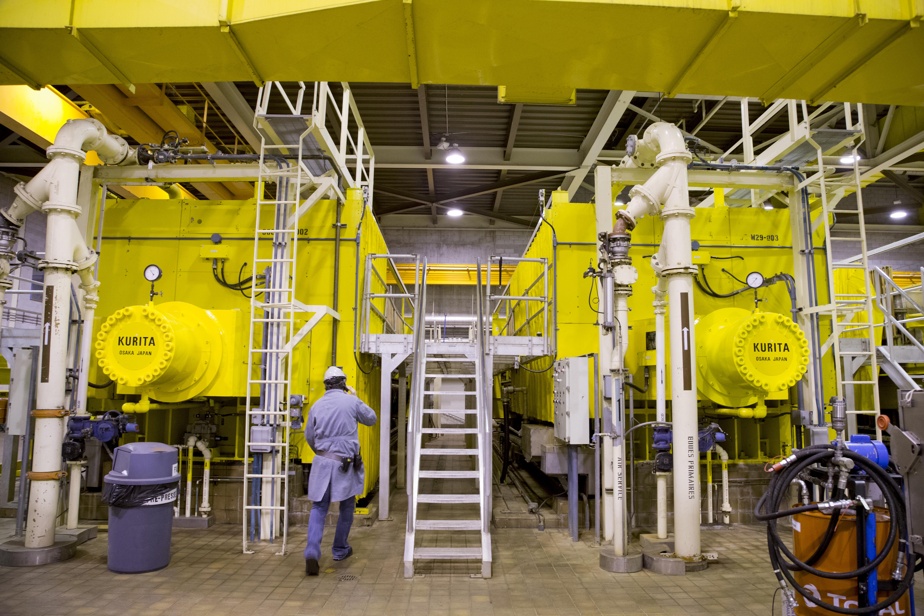 $93 million worth of work announced at the Montreal wastewater treatment plant, located in Rivière-des-Prairies, will reduce the discharge of viruses, bacteria and pharmaceutical residues into the river, but will lead to overflows of water in the short term. sewage and rainwater in waterways.

However, these spills will be much smaller than those of the fall of 2015, during the episode known as ” flushgate “says Chantal Morissette, director of the water service of the City of Montreal.

“The situation is completely different from that of 2015,” said Mr.me Morissette Wednesday morning, in front of the members of the executive committee. “In 2015, we had to completely close the southeast interceptor. So, for four consecutive days, sanitary water was discharged continuously, during periods of dry weather. »

4.9 million cubic meters of waste water had then been dumped into the river for 89 consecutive hours.

This time, 13 million cubic meters of wastewater mixed with rainwater are expected to be discharged into the St. Lawrence River and the Rivière des Prairies, but over a period estimated at 141 non-consecutive hours out of 360 days, only in times of heavy showers or rapid snowmelt, she explained.

“At all times, we will continue to treat. And when we are going to dump the wastewater around the island of Montreal, it will only be during periods of heavy rain. »

The work aims to implement a wastewater disinfection process using ozone at the J.-R.-Marcotte wastewater treatment plant, which will thus become the largest plant of this type in the world.

This process will reduce nearly 100% of viruses and bacteria and 75% to 85% of pharmaceutical residues found in the treated water discharged into the river.

The executive committee of the City of Montreal authorized, on Wednesday, a contract of 93.2 million to the company Pomerleau for the realization of this phase of the work.

“With the awarding of this contract, we are entering an important phase of the most important environmental project in recent decades in Montreal,” said Maja Vodanovic, head of water on the executive committee, in a press release.

“It’s the river and its ecosystem that will be the big winners, from the end of the island of Montreal to Lake Saint-Pierre. This project has been awaited for years by environmental groups. In total, the Montreal station is responsible for treating 45% of the province’s domestic water, the entire marine ecosystem of Quebec will benefit from it. »

The Mayor of the Rivière-des-Prairies–Pointe-aux-Trembles borough, Caroline Bourgeois, was pleased that the spills will occur during the winter period, so as not to interfere with nautical activities in this sector.