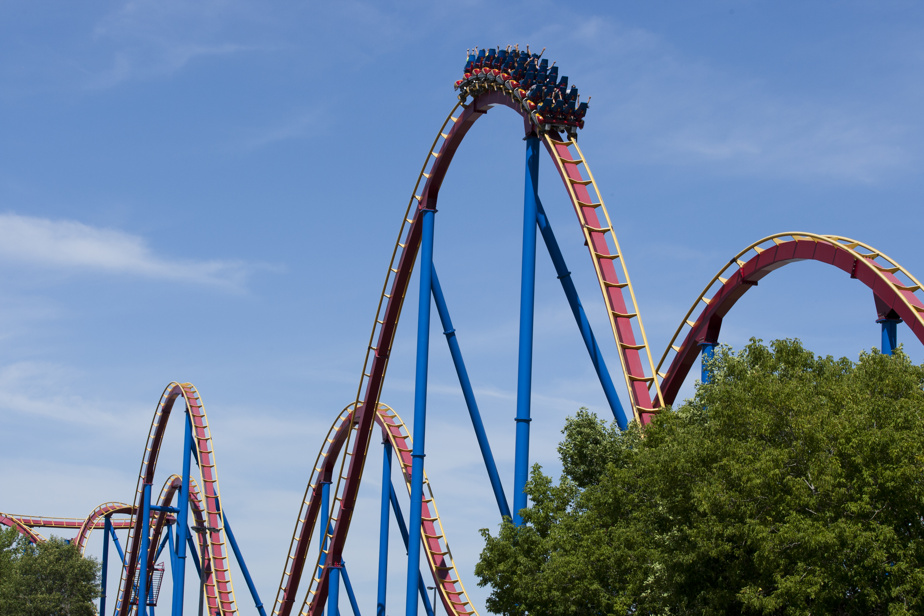 In the newsletter money and happiness, sent by email on Tuesday, our journalist Nicolas Bérubé offers reflections on enrichment, the psychology of investors, financial decision-making. His texts are reproduced here on Sundays.

I went to La Ronde recently with my family. It had been over 20 years since I had been there, and we had a great time — hardly any waits for the rides, thank you fall.

During the boarding for the most imposing rides, I could notice how the employees worked to ensure the safety of the passengers.

Before starting the carousel, the person behind the controls must see his assistants arranged in several places in the starting area raising their fists in the air. If there are four assistants, the operator must count four raised fists. If he does not see four, he does not trigger the start.

It’s a simple and logical way to make sure everyone is in agreement: if an employee doesn’t raise their fist because they’re busy fixing a problem, the merry-go-round just can’t move.

I realize that in investing, many people operate this way – perhaps without even realizing it.

We wait until all the indicators are green before investing. If something is wrong — the specter of a recession, a stock market correction, rising interest rates, high inflation — then no action is taken.

However, what works very well for La Ronde rides does not work in investment.

Waiting for the bad news to dissipate before investing or, worse, selling our investments to “let the storm pass” is a very effective way to get poorer.

Recently, a reader who has a large sum to invest told me that he wanted to wait. “I have the impression that all the experts agree to varying degrees that the decline will continue for some time to come,” he says. I say to myself: why not wait a little longer to buy even more at a discount? »

The catch is that predicting market declines doesn’t work.

Almost all the experts who speak on the markets had not foreseen the magnitude of the decline this year. Almost all of the experts also did not believe that the Bank of Canada would raise its key rate six times so far, nor that inflation would remain very high, nor that real estate prices would fall.

But that is what we are experiencing today.

Moreover, the Dow Jones stock market index, which represents 30 major American companies, has just ended the month of October up 13.96%, its best monthly increase since January 1976.

Exactly as the experts predicted, right?

It’s very counter-intuitive, I agree, but when it comes to the economy, and especially macroeconomics (unemployment rate, inflation, direction of the markets, direction of interest rates), forecasts are not of much help to us. usefulness.

“Almost everyone who cares about the stock market wants someone to tell them what they think the market is going to do,” wrote John Bogle, founder of financial products firm Vanguard. The demand being there, it must be met. »

Financial markets had lost 30% of their value in just over a month, unheard of since the 1930s.

The most widespread idea was that the crisis had only just begun (it was true) and that the bulk of the human and economic impacts had not yet been felt (it was also true).

However, the markets experienced their lowest point in the crisis in… March 2020, right during the toilet paper psychodrama.

An investor who panicked out of Canadian stocks in March 2020 to “weather the storm” would have missed a 6% upside for the year, and a 64% rally from the stock market low to present — even taking into account the declines we have seen in the markets this year.

Either way, waiting for the “rebates” before investing does not yield the exceptional return one might expect.

In my most recent book, From zero to millionaireI quote an analysis by the financial author Nick Maggiulli, who calculated that between 1970 and 2019, the annual return of an extremely lucky person who would have invested in the American market only when it had reached its point the low after a fall would have been 0.4% higher than someone who just invested money every month, not caring about the ups and downs.

The conclusion is clear: the best way to invest is to close your eyes, block your ears, make your investments and try to forget about them.

Like everything in investing, it’s simple, but it’s not easy.