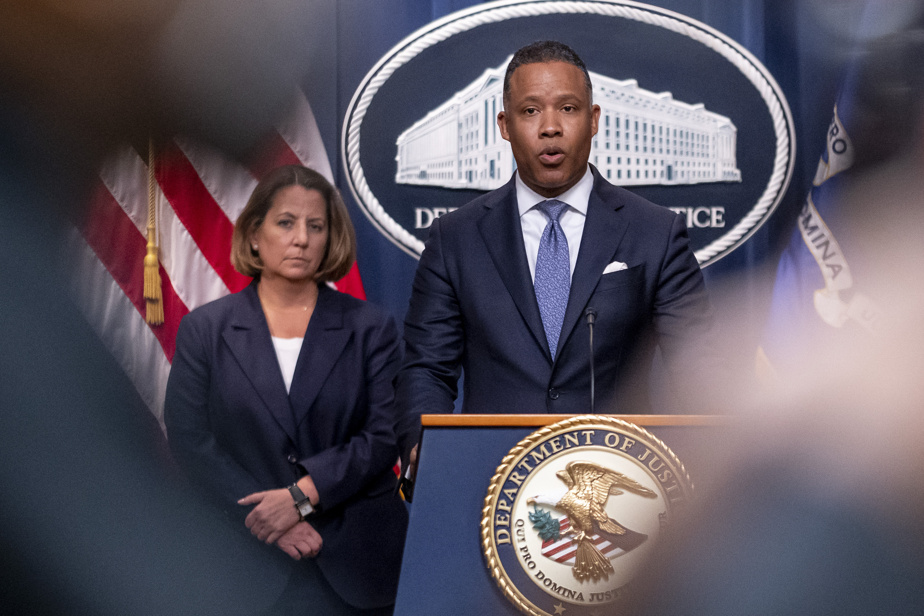 (Washington) A Russian, creator of a cryptocurrency exchange platform suspected of laundering millions of euros in dirty money, was arrested on Wednesday in the United States and five of his alleged accomplices were arrested in Europe .

Founder of the Bitzlato platform, Anatoli Legkodimov, a 40-year-old Russian living in China, was arrested in the middle of the night in Miami, Florida, as part of a major crackdown announced jointly in Washington and Paris.

Handcuffed and shackled, he was presented during the day to a federal judge who informed him of his charge for “unauthorized money transmission activity”, a charge punishable by five years in prison.

Mentioning a “risk of flight”, the prosecutors asked for his continued detention during this short hearing, which his wife attended, according to an AFP journalist.

Five other men, mainly of Russian and Ukrainian nationalities, were arrested in Spain, Portugal and Cyprus, as part of an operation led by French gendarmes.

Another suspect should be quickly arrested and a last one has fled, according to a source close to the investigation, opened in September 2022 by French justice.

All are suspected of having participated in the creation and development of the Russian-speaking Bitzlato platform, which allows “the rapid conversion of cryptoassets such as bitcoins, ethereum, litecoins, bitcoins cash, dashes, dogecoins and tether USD into rubles”, specified Paris prosecutor Laure Beccuau in a statement.

“This platform was used by mobsters to launder their money,” said General Marc Boget, commander of the gendarmerie in cyberspace.

Bitzlato’s servers, located in France, have been taken out of service.

The domain name and cryptoassets, estimated at nearly 16 million euros, were also seized, said the gendarmerie, which estimates the total transactions recorded on Blitzlato since 2018 at more than two billion dollars.

This operation “deals a severe blow to the ecosystem of cryptocriminals” and “responds to the crisis of confidence in the cryptocurrency markets”, commented the United States Deputy Secretary of Justice Lisa Monaco during a press conference.

“Whether you are breaking the law in China or Europe – or operating our financial system from an island in the tropics – you can expect to be held accountable for your actions in a US court,” she added, referring to the arrest in the Bahamas of the former boss of the FTX cryptocurrency exchange, Sam Bankman-Fried.

American justice criticizes Anatoly Legkodimov for having adopted a “minimum identification” policy for his clients, boasting of asking for “neither selfie nor passport”. As a result, Bitzlato has become “a haven for criminal funds”, she believes.

The company is accused of having carried out most of its transactions with “Hydra Market”, the main darknet sales platform until it was dismantled in April during a joint operation by German and American authorities.

Operating in the Russian language since 2015, Hydra Market was selling drugs as well as fake documents or malware on this dark side of the internet. According to the US Secretary of Justice, Hydra users have traded over $700 million in cryptocurrency via Bitzlato.

However, according to the complaint, Anatoli Legkodimov knew that his clients were hiding under false identities to carry out illegal activities. In an internal message, he had admitted that they were “crooks”.

Alongside the lawsuits, the US Treasury placed Bitzlato on a list of institutions with a “money laundering risk”. “This de facto turns Bitzlato into an international pariah,” commented Deputy Treasury Secretary Wally Adeyemo.