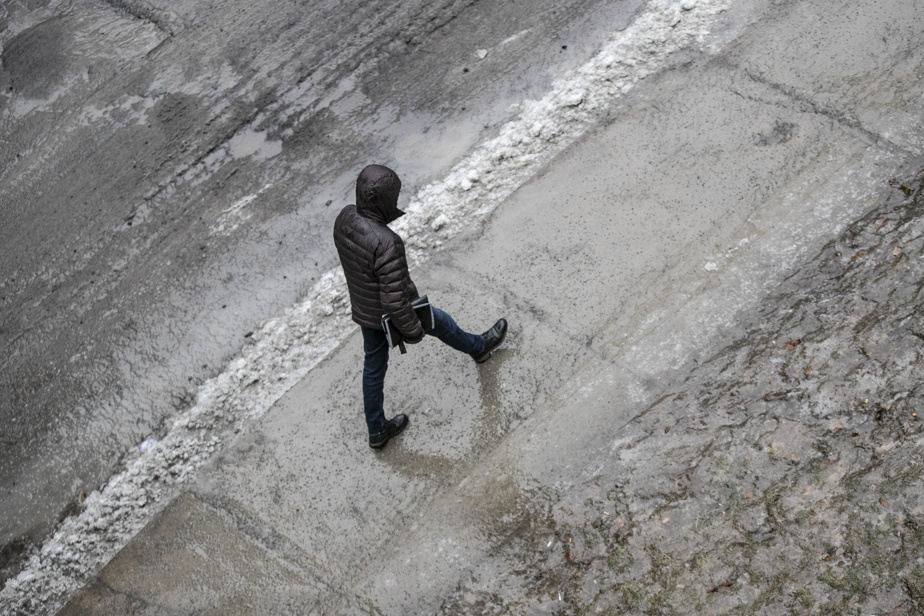 Many Montrealers fell and injured themselves on the city’s icy sidewalks on Wednesday after hours of freezing rain.

Urgences-Santé, which manages 9-1-1 in Montreal, is inundated with calls. In the middle of the day, the service asked citizens to only call an ambulance in the event of a life-threatening emergency.

“Beware of falls on the ice which make up a significant number of our calls received today,” the organization said on social media. “We are currently receiving a very high number of calls. »

In an interview, spokesperson Stéphane Smith indicated that Urgences-Santé was currently receiving about 10 times more calls than usual for falls of all kinds. “It’s definitely a really busy day for our teams,” he said. It’s very, very, very busy. »

People who are injured but still able to move should get to the emergency room on their own, such as by taxi, Smith said. Seniors should consider staying indoors today, he added.

On Tuesday, Environment Canada predicted that Montreal would be covered with about ten millimeters of ice, Tuesday afternoon and overnight.

At the City of Montreal, we claim to have done everything possible to make the sidewalks safe.

“Since yesterday (Tuesday) evening, our teams have been in action in the field doing spreading. However, these temperature changes have an effect on the whole territory at the same time and we must be patient, because our teams have to travel 10,000 km to facilitate the movement of citizens on the streets and on the sidewalks”, affirmed by writes spokesperson Hugo Bourgoin. “Black ice and ice remain major adversaries to be wary of and all users must adapt their movements accordingly. »

Mr. Bourgoin underlined that the temperature variations – which alternately caused rain and ice to fall on the metropolis – complicated the task of blue-collar workers. “These changes in precipitation require great agility on the part of our teams who continuously adapt and optimize the ways of doing things,” he wrote.