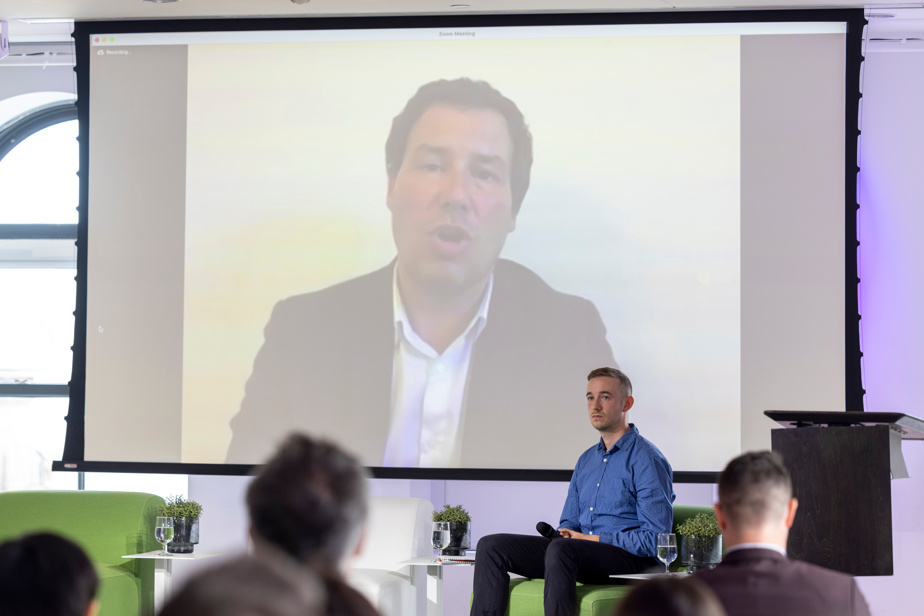 Constantly rising energy consumption, hidden mining pollution, encouragement of waste: no, digital is far from being the magic solution to environmental challenges. This is the unanimous conclusion of the experts who took part in the Montreal Innovation Summit on Thursday, devoted this year to what one of them described as a “blind spot” in public discourse, the effect negative of technology on the planet.

In 2022, greenhouse gas emissions linked to purely digital activities represent 4% of the whole, i.e. “more than the global civil air sector”, recalled Guillaume Pitron, journalist and director. He is the author of the book Digital hell – Journey after a like. Energy consumption in this sector will grow by 6% per year by 2025.

“We are only at the beginning of the digital revolution,” he argued. We have only just begun to touch everything that digital can bring us. We are moving into a world where everything will be increasingly digitized, everything is “smart”, everything is connected. The Internet of Things is a world where hundreds of billions of objects will communicate and transmit data. […] The metaverse is an immense consumption of data, a global video game. »

We have long defended the idea that the use of digital technology, because it would reduce transport needs, and because it is less greedy than the physical world, would lead to energy savings. According to Bruno Colmant, professor, member of the Royal Academy of Belgium and lawyer at Roland Berger, it is an illusion, due to the growing demand.

“Even though it looks like the digital economy is saving us more energy, that’s not the case. It is a fiction to believe that digitization is a source of savings. »

Little is known about the environmental repercussions of innocuous digital acts. Bernard Lebelle, CEO of the firm The Green Link, which advises companies, recalled that training a neural network, at the heart of artificial intelligence, “consumes as much CO2 than five cars in their entire life. A single e-mail with an attachment causes the emission of 50 grams of CO on average2. One of the 1,250 “eco-responsible practices” that he suggests to companies: favor download services such as WeTransfer during bulk shipments.

If the hydroelectricity produced in Quebec is renewable, this is not the case for the materials for the manufacture of the devices, in particular metals, recalled Martin Deron, project manager for Chemins de transition, a partnership between the University of Montreal and Space for Life.

“We talk about it very little,” he says. It remains a blind spot in our policies, in all discourse: we maintain the vocabulary of dematerialization, such as cloud computing, and it maintains a vision that digital is unlimited. While it’s the opposite: digital is a limited resource. »

The very conditions under which these materials are extracted are responsible for devastating environmental effects, believes Guillaume Pitron. “I can tell you that the conditions for extracting and refining these metals are carried out under conditions that are not compatible with our own regulations. There is an important environmental issue here. »

He was perplexed by the fact that recycled metals today find few outlets. “Recycled metals are more expensive than those that are extracted. It’s one of the only industries that I know of where used costs more than new. »

However, he recognizes that technology can help the planet, for example by analyzing images of the state of the coral reef in Australia or the evolution of the population of endangered species. According to Bruno Colmant, the only solution is to aim for “sobriety”, “temperance” in the use of digital technology.

What the free content on the internet, in particular, does not encourage, believes Mr. Pitron. “Who says free says overconsumption. There is a real question to be had on the free Internet. The other question is the prioritization of uses: do we want to favor hospital care or the metaverse? These are exceedingly difficult choices. We are collectively saying to ourselves that there is a futile and useful internet. »

The Montreal Summit on Innovation, organized this year at the PHI Center under the theme “Between Earth and techno, does it click? was in its ninth edition. The event is organized by the Société du Quartier de l’innovation de Montréal, a non-profit organization created in 2013 at the initiative of McGill University and the École de technologie supérieure.