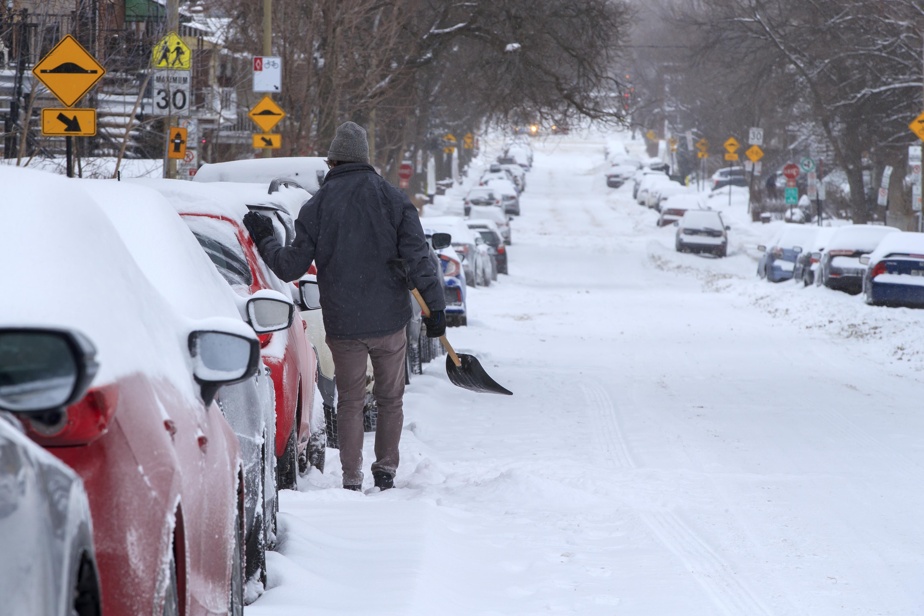 As the first major snowfalls approach, Montrealers in certain boroughs who clear their properties by pushing snow onto the street could be penalized by the Mobility Squad, which the opposition at City Hall compares to a ” snow police.

“In Montreal, many citizens do not have space to store snow on their own land, and have no other choice but to put it on public land,” said City Councilor Julien Hénault- Ratelle, from the Ensemble Montréal party, Tuesday during the city council meeting.

“We are literally creating a snow police, where the Mobility Squad would go around doing blitzes in the boroughs to check whether citizens are putting snow on the streets. »

What you need to know is that most boroughs prohibit shoveling snow on public roads. Some allow it, but only before the snow removal operation. Violators face fines.

In five boroughs (Plateau-Mont-Royal, Ahuntsic-Cartierville, Côte-des-Neiges–Notre-Dame-de-Grâce, Sud-Ouest and three districts of Mercier–Hochelaga-Maisonneuve), a permit is offered to residents who don’t have a place to store snow on their property: for a price varying between $50 and $183, they can use the public domain.

On Tuesday, the city council offered boroughs that so wish to use the services of the Mobility Squad to monitor snow illegally deposited in the street.

The more snow there is to remove, the more expensive it is for the City and the longer the snow removal operations take, argued the manager of snow removal on the executive committee, Maja Vodanovic, noting that snow from commercial parking lots could be particularly problematic. .

“If citizens have problems with a neighbor who puts his snow in the street, the Mobility Squad can intervene,” she assured.

“On Langelier, we have a reserved lane, but citizens regularly put snow on the street after snow removal, which forces us to pass twice,” illustrates Pierre Lessard-Blais, mayor of the borough of Mercier-Hochelaga. -Maisonneuve.

But according to Julien Hénault-Ratelle, such a regulation is inapplicable. “Coming to determine who is putting snow on the street is practically impossible, unless you catch them in the act,” he said.

According to the opposition, the introduction of permits to deposit snow on the public domain in certain boroughs is similar to a new “snow tax to ask citizens to pay for services that are already covered by municipal taxes”, deplores Ms. Henault-Ratelle.

“Are we going to create a tax for collecting leaves next year? asked his colleague Alba Zuniga Ramos.