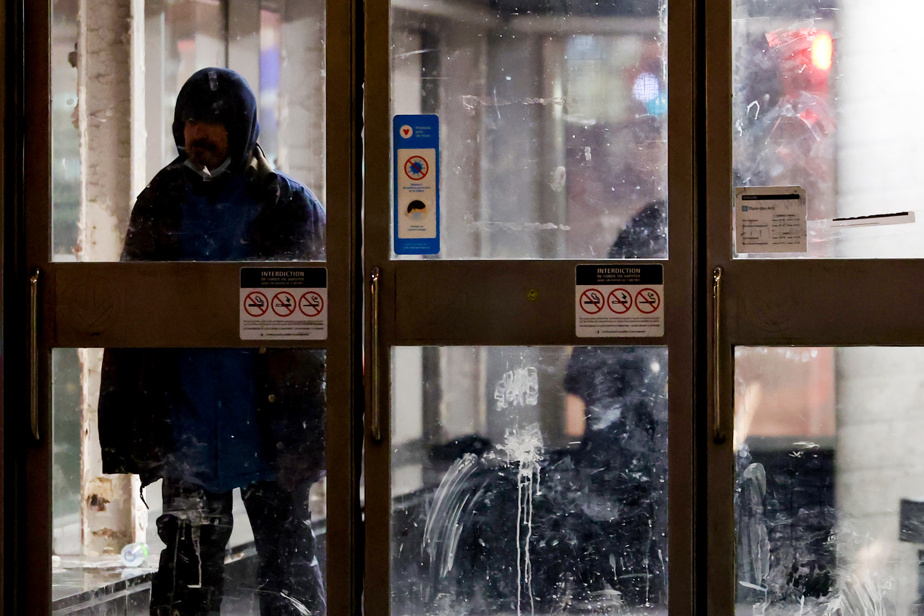 The metro entrances were not requisitioned to allow homeless people to warm up this night, despite the storm. On this freezing New Year’s Eve, will homeless services allow everyone to get warm?

Since Friday, Montreal has been facing an extraordinary mix of temperatures, ranging from freezing rain to snow and squalls. If the metropolis is relatively spared from the power outages that rock the province, many homeless people have to deal with particularly trying conditions on Christmas Eve.

“It’s hard to be sure that there are enough resources for everyone,” says Sam Watts, president and CEO of Welcome Hall Mission. “The ecosystem of care for vulnerable people is fragile [en ce moment]. »

A finding shared by James Hughes, president and CEO of another Montreal shelter, the Old Brewery Mission. ” [Les haltes-chaleur], there are few in the city center this year, he explains. Ours, Café Mission, is one of them. Services across the city are very busy. »

The labor shortage, the housing crisis and the pandemic are major challenges faced by the various organizations working in homelessness, underlines Mr. Hughes.

Everyone, including the various levels of government, are doing their best, but I admit that we are precisely nervous that the offer will not succeed in meeting the needs.

James Hughes, President and CEO of the Old Brewery Mission

Another blow for vulnerable people in the city center: on December 24, for the first time in 94 years, the Saint-Michael Mission no longer exists to accommodate some 200 homeless people and serve them meals. The Press reported last week that this day center has to move because its lease has not been renewed. Its last day of opening was Friday.

Last winter, the Saint-Michael Mission also received a subsidy to remain open 24 hours a day, 7 days a week, an offer that was not renewed.

At the Société de transport de Montréal (STM), it is indicated that the metro entrances will however not be accessible to homeless people during the night from Saturday to Sunday.

Some metro entrances were opened last winter on an exceptional and limited basis, at the request of the authorities during a period of extreme cold and when there was no more space in emergency accommodation or rest stops -heat. No such request has been forwarded to us at this time.

Note that homeless people can use the Montréal metro during its opening hours. “Our special constables are tolerant at all times, and particularly in winter, with regard to homeless people who might find refuge in the métro during operating hours, as long as they respect STM regulations. “, explains Mr. Déry.

The STM can also provide transit passes to allow vulnerable people to go to a shelter after the stations have closed. Warm clothes are distributed, if necessary.

The Montreal metro is closed between approximately 1 a.m. and 5:30 a.m.

The City of Montreal did not respond to a request for information from The Press mid-evening Saturday.