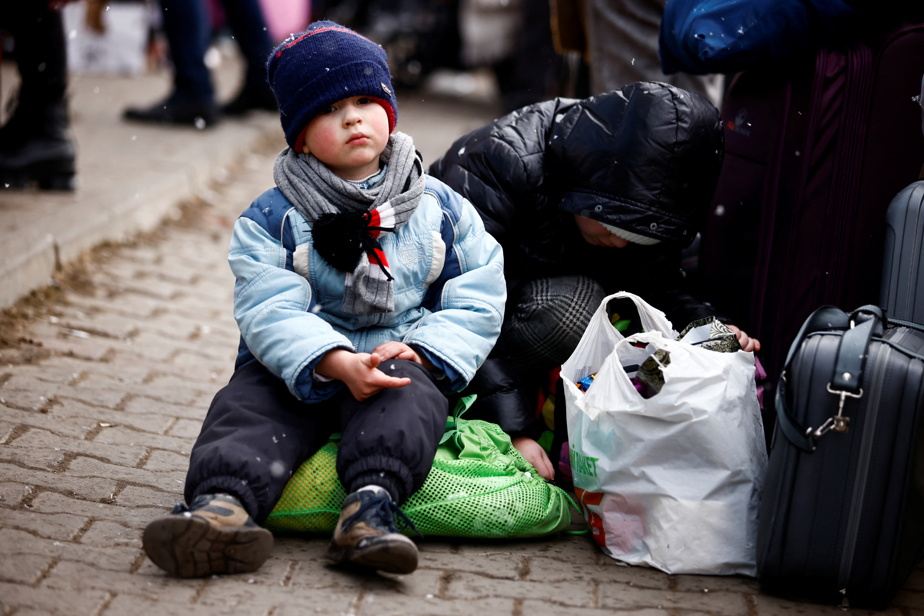 (Geneva) More than a million people have fled Ukraine since the start of the Russian invasion, according to the latest UN counts on Thursday.

“In just seven days, we have witnessed the exodus of one million refugees from Ukraine to neighboring countries,” Filippo Grandi, the UN High Commissioner for Refugees, tweeted overnight.

“For millions more inside Ukraine, it is time for the guns to be silenced so that humanitarian assistance can arrive and save lives,” he said.

The authorities and the UN expect the flow to intensify, as the Russian army seems to be concentrating its efforts on major Ukrainian cities.

According to the UN, four million people may want to leave the country to escape the war.

Ukraine is populated by more than 37 million people in the territories controlled by Kyiv – which therefore does not include the Crimea annexed by Russia or the areas under separatist control.

Poland, which has taken up the cause of Ukraine, is hosting by far the largest number of refugees arriving since the beginning of the Russian invasion. In total, there were 547,982 in Poland, according to the UNHCR count, or 52.8% of the total.

Before this crisis, Poland was already home to around 1.5 million Ukrainians who came, for the most part, to work in this member country of the European Union.

The country has five border posts with Ukraine and several border towns, such as Zahony, have converted public buildings into relief centers, where Hungarian civilians come to offer food or assistance.

Some 72,200 people fled Ukraine and took refuge in Slovakia, 7.2% of the total, according to UNHCR.

Two camps have been set up, one in Sighetu Marmatiei and the other in Siret.

The UNHCR also specified that 88,147 people (8.5% of the total) had continued their journey, once the Ukrainian border had been crossed, towards other European countries.

Some 47,800 people have also found refuge in Russia.