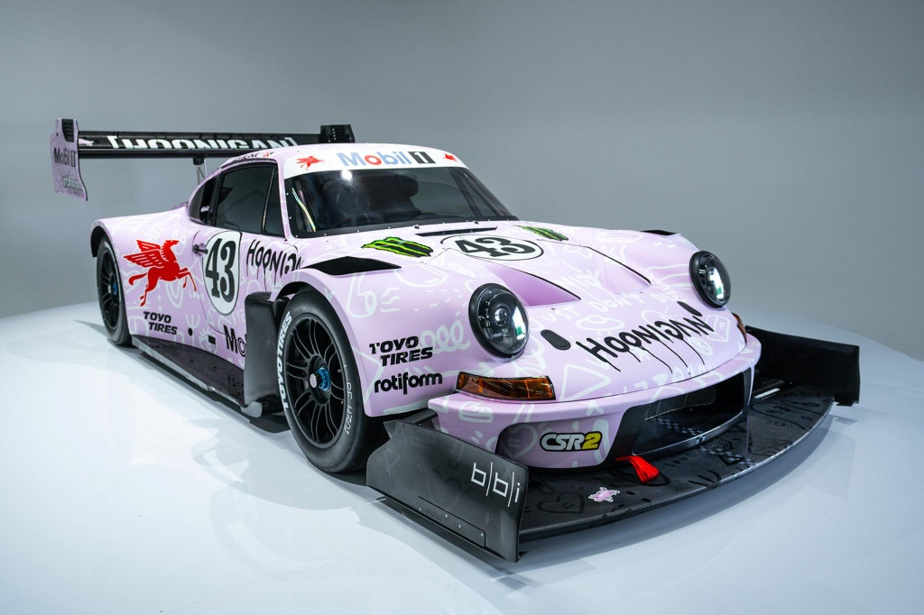 A viral phenomenon, but above all an accomplished driver, Ken Block will once again attempt to conquer the Pikes Peak, but this time at the wheel of a Porsche inflated with steroids.

True to his penchant for iconic vehicles of a certain age, the American driver will try to tame a 1971 Porsche 911 deeply modified for the very specific mission. Pikes Peak is essentially a race against the clock on a 19.9 km course located high on a mountain in Colorado. It begins at an altitude of 1440 m and ends 156 bends later at 4302 m above sea level.

To face this perilous course, this 911 has nothing to do with the production model that could be seen in the showrooms of the time. Huge aerodynamic appendages are grafted onto it to maintain downforce at high speeds while the air density decreases the higher you climb. The pink color of its body is also a tribute to the exuberant Porsche 917/20 Pink Pig, a racing car that raced in the 1971 24 Hours of Le Mans.

At the rear of this 911 is a 4L flat-six powered by two large turbochargers. Again, supercharging maintains power at altitude in opposition to a naturally aspirated engine which will see its cavalry wither during the big climb. The maximum power is 1400 hp, nothing less! The engine is guided by a sequential six-speed racing gearbox.

Given its light weight of barely 1000 kg, this car promises a lot during the event. To be continued, therefore, from June 26th.