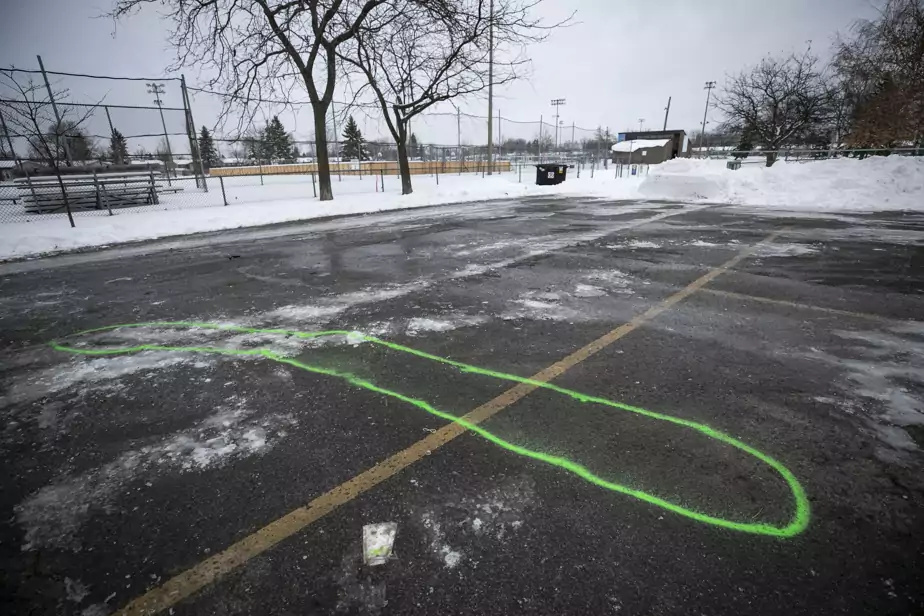 “No violent death makes sense, but some are painfully futile. “. The death of a 15-year-old boy at the hands of his 16-year-old former best friend, for “trivialities” is a convincing example, according to the judge. If he was acquitted of premeditated murder, the young man was found guilty of manslaughter.

“The Court could only see firsthand the devastation caused in this file by the wounds of ego and the ridiculous desires to prove its value and its force”, was sorry the judge Catherine Perreault Wednesday in room of the youth at the Laval courthouse.

Théo* was accused of having premeditated the murder of Max, a 15-year-old teenager who was stabbed during a fight in a Laval park on 1er January 2020. Sitting in the front row alongside his parents, the now 19-year-old will remain in a youth center until his sentence.

A few days before this tragic conclusion, Theo, Max and the brother of the latter were nevertheless inseparable friends. They were like the “three musketeers” described by the judge. However, a banal social media spat over a classmate escalated into an escalation of threats and violence. The identity of the young people involved is protected by law.

In the days leading up to the fateful battle, Theo exchanged “threatening” and “violent” messages with the brothers, according to the judge. He outright invited them to fight 13 times. Two days before the tragedy, he also asked the victim to come to the park, insulting him. “You’ll have a surprise,” said Theo. You are going to “eat my new toy”, he continued.

Thus, contrary to his claims, Théo did not go to Parc Marc-Aurèle-Fortin with the intention of making peace with the brothers. Why else did you bring not one, but two steak knives? The judge thus granted “no credibility” to the testimony of the accused who rather tried to “minimize” the impact of his messages, as well as the existence of a conflict between him and the victim.

In the park, Theo was the only one in his camp. In front of him, the two brothers were waiting for him with three friends in the background, two of whom later joined in the fight. The versions differ on the course of the battle, notes the judge. This holds that the brothers hit Theo first and that the accused found himself on the ground one to three times during the fight. Nevertheless, Theo did not fall into an “ambush”, as the defense maintains, believes the judge.

The evidence shows that it was Theo who struck the fatal blow to Max’s chest, the judge concluded. No one else had a bladed weapon that night. It then remained to be determined whether Theo had given the fatal blow in a context of self-defense. This is not the case, determined the judge.

Judge Perreault is “sensitive” to the fear that Theo may have felt during the fight. But nothing forced him to fight, recalls the judge. Before going to the park, Theo knew that the brothers were not alone. In fact, a reasonable person would not have feared for his life to the point of stabbing his childhood friend and would not have believed that this friend could hurt him “just for being banned from a discussion forum”, concludes the judge.

Nevertheless, the judge was not unreasonably convinced by the Prosecution’s evidence that Theo intended to kill Max on his way to the park. Even if she ruled out self-defense, the judge held that Theo struck these blows while the battle was raging and that he “subjectively believed that force had been used against him”.

Moreover, the Court cannot dismiss the testimony of one of the teenagers who indicated that Theo reached out to the brothers when they arrived at the park. Thus, Theo’s intention was limited to “fighting for revenge” for trivial wrongs, not to kill his former best friend.

“The Court remains convinced that the conflict is too trivial and the end of the friendship too recent for it to be able to conclude that Theo intentionally committed the irreparable”, concludes the judge. The young man was thus convicted of manslaughter, assault with a weapon and carrying weapons for a dangerous purpose, but was acquitted of the most serious count of the Criminal Code.

Crown prosecutors M.and Marie-Eve Vautier and M.and Marie-Ève ​​Dubeau ask that the young man be subject to an adult sentence. Judge Perreault will be called upon to decide this question in light of a report and psychological and psychiatric assessments. The maximum sentence is three years in custody for a minor, versus life in prison for an adult. Mand Guy Poupart and M.and Sarah Tricoche defend the accused.