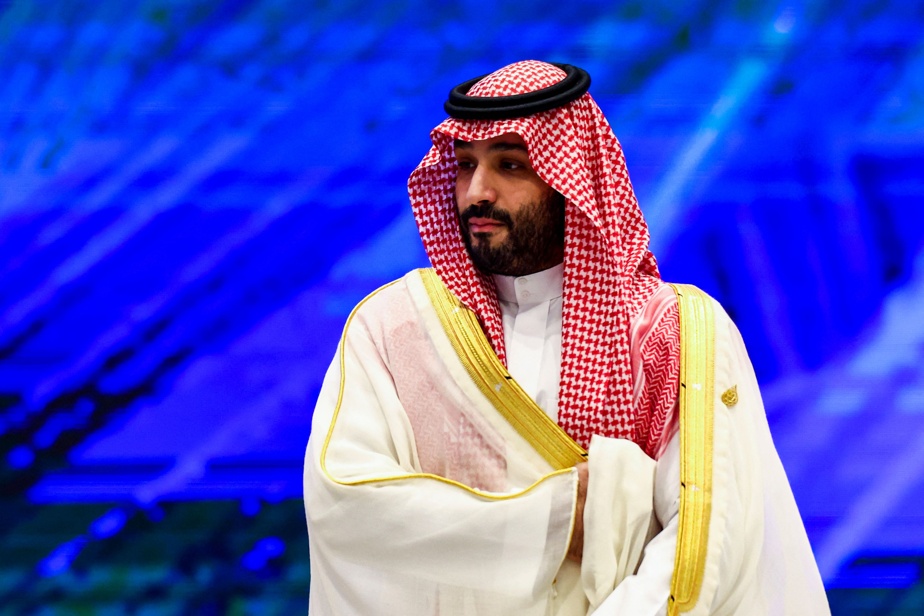 (Washington) Saudi Arabia’s Crown Prince Mohammed bin Salman has been granted legal immunity in a civil suit filed in a Washington court, a decision that sparked outrage and anger in the United States and elsewhere on Friday.

In a pleading filed Thursday evening, President Joe Biden’s administration “respectfully informs the court that defendant Mohammed bin Salman, Prime Minister of the Kingdom of Saudi Arabia, is the incumbent head of government and, therefore, enjoys immunity from such prosecution.

The prince, nicknamed MBS, was appointed prime minister by royal decree in late September, sparking speculation that he was seeking to insulate himself from claims filed in foreign courts – including a civil suit launched in the United States by Hatice Cengiz , the Turkish fiancée of the journalist murdered in Istanbul.

The latter posted a series of angry messages on Twitter in response: “Jamal died a second time today,” she wrote.

No one expected such a decision. We thought maybe the justice of the United States would shed some light. But again, money spoke first.

Assailed with questions on Friday, the Biden administration stepped up to explain, according to the White House, that this legal recommendation had “absolutely nothing to do with the bilateral relationship with Saudi Arabia which is, as you know , tense at the moment” and “nothing to do” either with “the merits on the merits of the case”.

President Biden is “aware of this legal recommendation” for immunity, National Security Council spokesman John Kirby said, while insisting that the decision respected “international law because of the position of the Crown Prince as Prime Minister”.

He also recalled that Joe Biden had publicly expressed himself very clearly to denounce the “brutal and barbaric” murder of the journalist.

The 2018 murder of Jamal Khashoggi, a close associate of Saudi power who later became a critic, in the kingdom’s consulate in Istanbul (Turkey), had temporarily made the prince a pariah in the West.

His lawyers had previously argued that Mr bin Salman “sits at the top of the government of Saudi Arabia” and therefore should enjoy the immunity that US courts give to heads of state and other high-ranking foreign leaders.

This recommendation sparked anger among supporters of Mr.me Gengiz, including members of Democracy for the Arab World Now (DAWN), a US-based NGO founded by Mr. Khashoggi.

“The Biden administration has overstepped the mark by recommending immunity for MBS and keeping him accountable,” said Sarah Leah Whitson, chief executive of DAWN. “Now that Mr. Biden has declared he has full immunity, we can expect MBS’s attacks on the people of our country to get even worse.”

And in a scathing editorial, the washington postfor which Mr. Khashoggi had collaborated as a columnist, for his part denounced the fact that President Biden “turned his back on the fundamental principles of press freedom and equality”.

The prince, who has been the kingdom’s de facto ruler for several years, served as deputy prime minister and defense minister during the reign of his father, King Salman.

After a relative period of sidelined following the journalist’s murder, he returned to the international scene this year, thanks in particular to Joe Biden, who visited Saudi Arabia in July despite having previously sworn to make the kingdom a “pariah”.

The US government’s recommendation filed on Thursday gave the Saudi leader “a license to kill”, said Khalid al-Jabri, the son of Saad al-Jabri, a Saudi ex-spy who accused the prince of sending a team to him killers in Canada.

In the civil proceedings initiated by Mr.me Cengiz and DAWN in the United States, plaintiffs allege that MBS and more than 20 co-defendants, “acting in conspiracy and with premeditation, abducted, bound, drugged, tortured and murdered” Jamal Khashoggi.

They demand financial compensation and seek to demonstrate that the murder was ordered by “the top of the Saudi power hierarchy”.