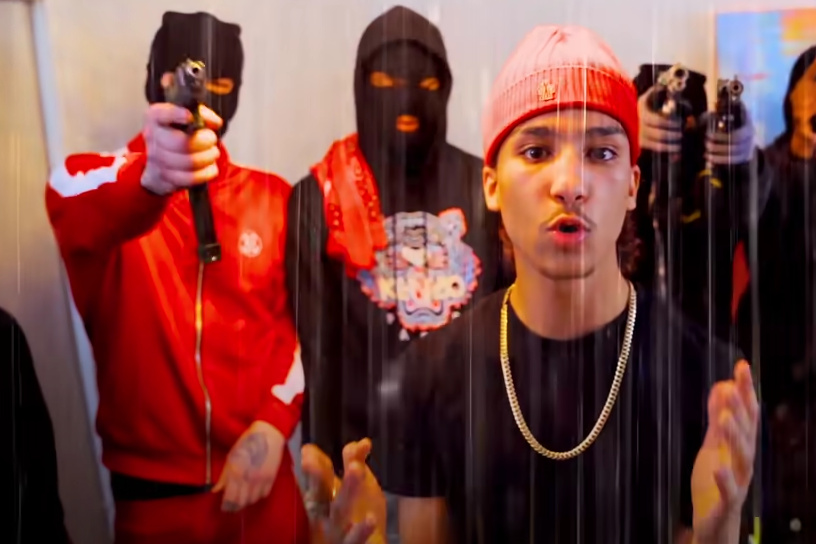 A young Montreal rapper who exhibited a dozen firearms with his accomplices in a music video seen more than 1 million times admitted his guilt on Monday. But neither the seriousness of the charges nor his incarceration in the past year have prevented Yahya Mouhime from flouting justice.

“Goodbye, Judge! “, trumpeted the 20-year-old man with the youthful face, all smiles, leaving the dock with a sneer. A boast that provoked the laughter of his co-defendants released in the courtroom of the Montreal courthouse. However, these crimes are far from being funny, as Montreal has seen an outbreak of gun violence in recent years.

A red allegiance gang member, Yahya Mouhime is better known by his artist name “VT”. He is followed by 27,000 people under YouTube, where he promotes a criminal lifestyle. In his most recent song, for example, he lists the people he wants to kill.

In the music video Pause, the open-faced rapper can be seen singing alongside eight hooded men. All display one or even two firearms of different models. Despite the claims of the authors of the video, the firearms were genuine. Four of them were seized by the police from traffickers, and even at a shooting scene, according to the facts presented by the Crown prosecutor, Mr.and Jean-Philippe MacKay.

The young man had taunted the police for months in 2020. Subject to an arrest warrant in July 2020, he continued to appear with firearms in his clips during his run. He was finally caught in January 2021. Detained since, he should receive his sentence next June.

Police investigation uncovered the identities of most of the masked men in the music video. Three of them pleaded guilty on Monday to various charges related to the possession of firearms, namely Wiliam Tshidibumvu, 25, Jemsley Printemps-Sanon, 24, and Devon Vilmond Kylel, 21.

In the music video, Wiliam Tshidibumvu manipulates the slide of a semi-automatic pistol to quickly eject ammunition from the magazine. The 25-year-old also pleaded guilty to several charges in other fraud cases. He thus admitted to having been part of an identity theft network.

A co-accused in this case, Jean Cesar, for his part failed to obtain a stoppage of the judicial process. The latter would have been identified thanks to the imposing jewelry he wore in the music video. His trial is due to take place soon. The trial of the last co-defendant, Dave Forestant, is still scheduled for next week.