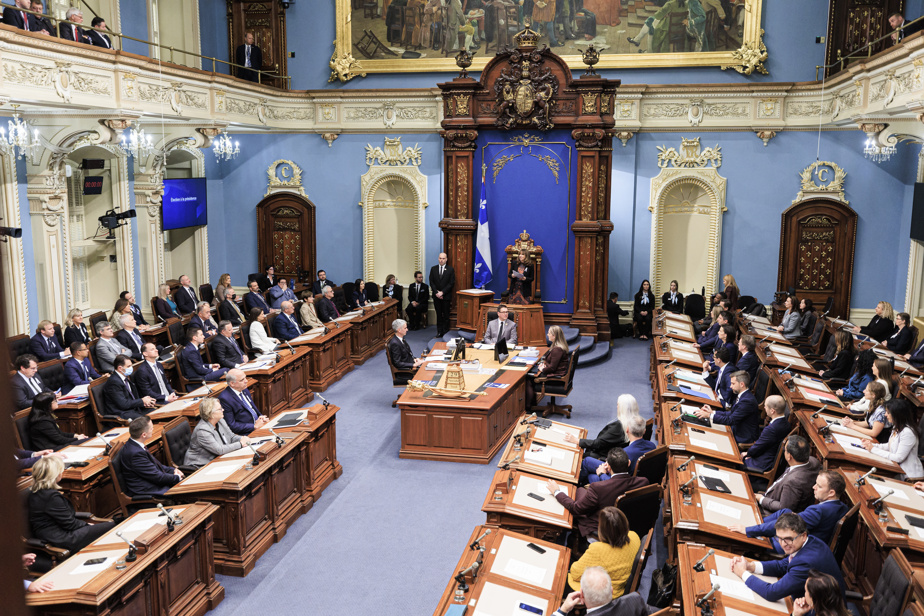 (Quebec) In 2022, women elected to the National Assembly of Quebec are still not entitled to parental leave on the day they become mothers.

However, parliamentarians have just corrected this anomaly, by recently modifying the rules of the National Assembly, to affirm that a member will not be penalized if she is absent from parliament for an indefinite period because she has just given the life to a child.

An elected official who decided to take a few months off after the birth of a child ran the risk of being brought to order by the Commissioner for Ethics and Deontology, by being invited to appear in Parliament to keep all her privileges, even though this scenario has never happened in the past.

The means chosen to eliminate this archaism: to modify the code of ethics and professional conduct of parliamentarians by lifting the obligation of attendance made to elected officials.

In the code of ethics for parliamentarians, “it was not clearly stated that during the birth of a child the obligation of attendance for the woman giving birth was lifted”, explained in an interview with The Canadian Press the government parliamentary leader, Simon Jolin-Barrette.

This will now be spelled out, 61 years after the election of the first woman elected to the National Assembly, Marie-Claire Kirkland-Casgrain.

The lifting of the “obligation of attendance” will apply to the birth or adoption of a child, or to play the role of caregiver.

The change was approved by the four parties represented in the National Assembly at the end of November.

“I think we have to send a very clear signal if we want to improve work-family balance and also modernize our institutions,” commented Mr. Jolin-Barrette, himself the father of two young children, and who is at the origin of the proposal.

From now on, we can no longer, in principle, reproach a woman who has just given birth for her lack of attendance at the National Assembly.

It took two and a half years between the time when former PQ member Véronique Hivon tabled a motion to this effect in Parliament and the modification of the regulations. In June 2020, she rose in the House to demand that a committee determine the terms of parental leave for elected officials, female and male.

To explain the situation, you should know that the role of MNA is one of representation: it is a function, not a job as such. For their work, MPs receive an allowance, not a salary. Currently, an elected member who becomes pregnant is therefore not entitled to any paid parental leave, as MNAs are not eligible for the Quebec Parental Insurance Plan (QPIP).

“We have to adapt our ways of doing things. We have to change our practices,” insists Mr. Jolin-Barrette, who during his first term presented a vast reform of parliamentary rules and practices, which included various work-family balance measures, such as the project to open a drop-in daycare center. in parliament.

The document had quickly been deposited on a tablet, but the new president of the National Assembly, Nathalie Roy, showed herself open this week to look into this question and to consider a reform.

In particular, Mr. Jolin-Barrette wants to establish a hybrid Parliament, which would allow, for example, testimony and remote votes by deputies, from their constituency.

“We must modernize Parliament and use the technological tools that are within our reach,” maintains the leader of the government, who adds that the modernization of the institution must aim to attract more women, but also young people.

It is not necessary, he adds, that anyone finds himself faced with the following difficult choice: “either I start a family, or I go into politics. It has to be possible to do both.”