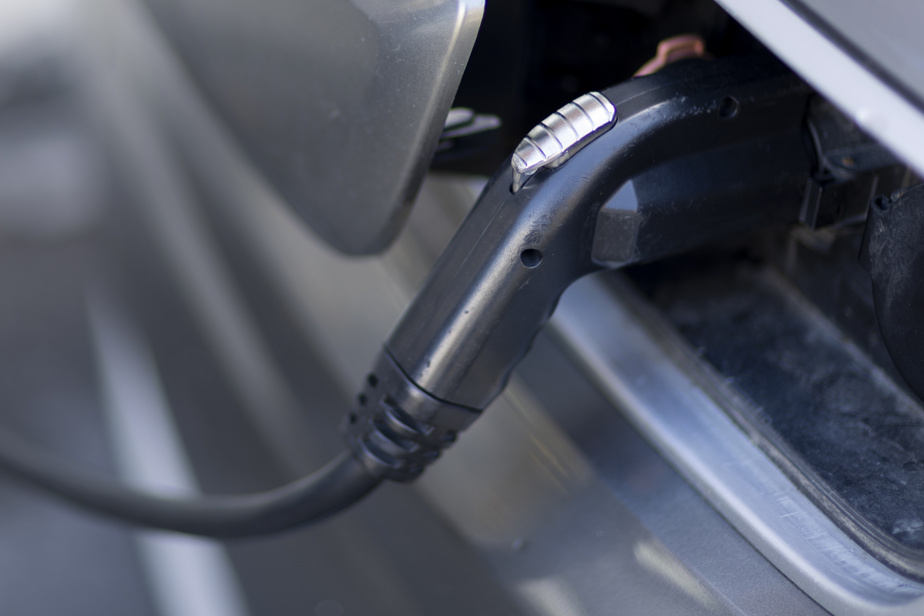 (Paris) Electric cars could greatly help stabilize electricity networks by reinjecting electricity into them, and help the development of renewable energies, according to a study published on Tuesday in the journal Nature.

The transition to renewable energies such as wind or solar is essential to deal with global warming. But these energies, with intermittent production, involve developing short-term electricity storage capacities (a few hours).

The “vehicle to grid” (V2G) technology, currently under development, allows electric cars to charge when there is a lot of electricity available, and to reinject it via the same terminal when the network lacks it.

With the proliferation of electric cars, these storage needs could be met by 2030 in most countries of the world, according to calculations by researcher Chengjian Xu, from the University of Leiden in the Netherlands.

The batteries could offer a capacity of 32 to 62 terawatts by 2050, more than the storage needs estimated by the International Renewable Energy Agency.

This calculation also includes the reuse of precious used batteries, which from a 20% or 30% loss of autonomy are considered insufficient for cars.

“The use of electric cars to store electricity would lower the demand for energy storage, and the climate consequences related to the production of storage equipment,” Xu told AFP. Furthermore, “this would increase the flexibility of the electricity network and the integration of renewable energies”.

The researcher bet on a limited participation of electric car users in the V2G system, as these cycles could reduce the life of a battery a little.

But this participation is “crucial” and governments can “play an important role with incentives”, Mr. Xu stressed, with micropayments for individuals who connect their car to the terminal and share their electricity, or the obligation for companies to connect their vehicle fleets.

The study includes data from the Chinese, European, American and Indian markets, and takes into account factors such as different battery technologies, distances traveled by cars or average temperatures, which affect battery life. .

Several manufacturers such as Hyundai or Renault are already testing vehicles equipped with V2G, for example in Utrecht (Netherlands). Some Teslas are also already compatible, as well as many home chargers.

Renault estimates that in the case of a rental electric car, the motorist and the brand could share up to 400 euros per year if he leaves his car plugged in for 8 hours a day.