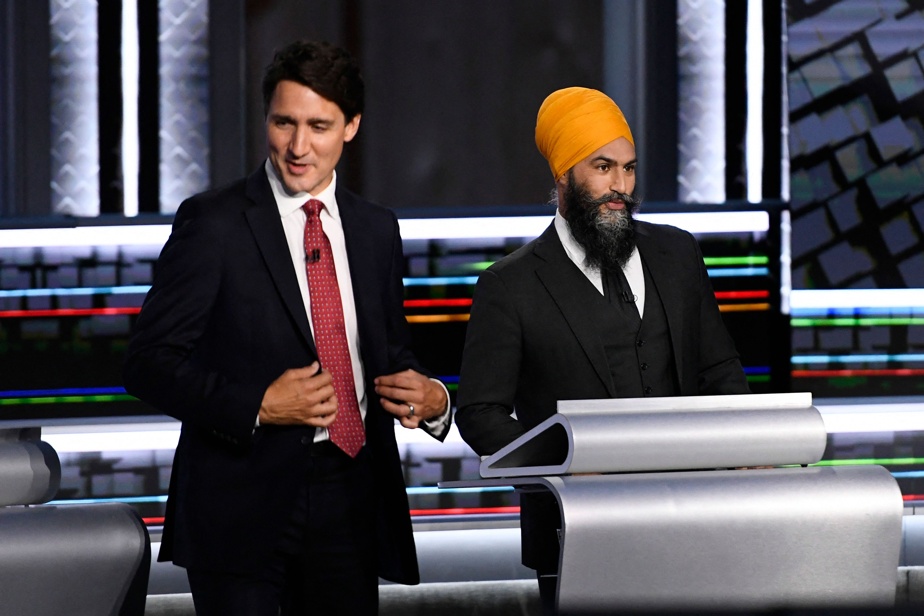 (Ottawa) Jagmeet Singh’s troops could have a lot to lose if they decide, in the first months of 2023, to tear up the agreement that binds them to the Liberals, believe several political scientists consulted by The Canadian Press. The team led by Justin Trudeau will probably have to think twice before giving up.

“(The New Democrats) are in a better position right now trying to bargain their support with the Liberals than they could be following an upcoming election,” analyzes Geneviève Tellier, professor at the School of Political Studies from the University of Ottawa.

According to her, withdrawing from the agreement amounts to a game that is not worth the candle for Mr Singh. The leader of the New Democratic Party (NDP) said that during the last week of parliamentary work before the holidays, he was ready to put an end to this “support and trust” agreement if he concluded that there was a lack of action by the Liberals on health.

Specifically, the deal reached last spring assures Justin Trudeau’s minority government of New Democrat support in key votes in the Commons that might otherwise be likely to trigger an election. The agreement will only expire in 2025 provided its terms are met, which includes requirements for “permanent additional investments” in health.

The “political cost” of withdrawing from the agreement is “heavier for the New Democrats than it can be for the Liberals,” argues François Rocher, another political scientist from the University of Ottawa. The polls, he notes, do not show a rise in the NDP, “quite the contrary”. In fact, it would be a “disincentive” for Mr. Singh. And the results of the recent by-election in the riding of Mississauga-Lakeshore, a suburb of Toronto, are downright “troubling”, according to his colleague Tellier. The NDP saw its support melt there by half.

Nevertheless, it is “good war” for the NDP leader to pose as the true leader of an opposition party and actively work to “symbolically detach” himself from the Trudeau government by criticizing it on essential issues such as health, nuance Daniel Béland, director of the Institute of Canadian Studies at McGill University.

But beware: “it’s a balancing act,” he adds. By going “too far”, the Liberals could accuse him of hindering the adoption of progressive measures. And Mr. Singh is dependent on negotiations between Ottawa and the provinces.

All the provinces and territories have been calling for more than two years for an increase in federal health transfers so that Ottawa’s contribution increases from 22% to 35% of the total costs of their respective public systems. The federal government, for its part, wants guarantees of “results” before increasing the Canada Health Transfer.

Prime Minister Justin Trudeau, who is neck and neck with Conservative Leader Pierre Poilievre in the polls, has to think twice before succumbing to the temptation to plunge the country into an election in hopes of getting himself… ‘a majority. “(The Liberals) have to be careful because they have already been accused in 2021 of having called an election for nothing,” warns Professor Béland. Indeed, the Liberals emerged from this election with roughly the same number of seats in the House of Commons as before.

Anyway, M.me Tellier does not rule out the scenario of an election in 2023. If that were the case, “it would perhaps be the liberals who would judge that the moment is favorable,” she said.

But a spoilsport could arise over the next year: the economy. This is the first element that Professor Tellier, who specializes in public finance, mentions that she will monitor. “It’s not political, but there will be political repercussions,” she says. Are we going to have an economic recession and above all will the Bank of Canada continue to raise key rates? »

At the moment, political parties are “clearly” divided on a left-right axis, she notes. The Liberals and New Democrats are camped on the left and, conversely, the Conservatives on the right. According to her, the “challenge” will be to “claim” the center of the political spectrum.

“Is Pierre Poilievre going to water down his wine a little, then refocus a little more to get those voters he misses at the risk of displeasing certain fringes of his party much more to the right? she asks herself. The political scientist reports that the last two Conservative leaders tried it and that “it was a failure”.

Mr. Poilievre has straightforward “work of defining himself” to undertake in 2023 “to make known the themes on which he intends to insist beyond inflation”, judges Mr. Rocher.

The full professor at the School of Political Studies at the University of Ottawa points out that the Conservative leader will necessarily have to reconsider his position on the use of the Emergency Measures Act, in the winter of 2022, after the “freedom convoy” would have paralyzed the city center of the federal capital. Judge Paul Rouleau, who chairs the commission of inquiry looking into this question, is due to submit his report next February.

However, Mr. Poilievre has much more to do if he wants to set the stage for the next general election, note all the experts consulted.

“(He) must take advantage of the fatigue that some voters may have with the Liberal government, which has been there for a long time,” said Mr. Rocher. However, the political scientist believes that Mr. Poilievre will have to avoid making proposals that could seem “unreasonable” in the eyes of these Canadians who are getting tired of Justin Trudeau.

“It’s not easy because his electorate is really (in part) too far from the Liberals to be able to make a more centrist position satisfy them,” he continues. The centrist position is essential to obtain a majority in the House of Commons. »

The much-talked-about firearms bill at the end of 2022 will likely serve as his “definer”, argues Professor Rocher, noting that this will no doubt be the case for the Liberals as well, “of a certain way”.

As clause-by-clause consideration of the government’s Bill C-21 to toughen gun control began, the Liberals introduced an amendment that drew the ire of Conservative MPs and pressure.

The amendment is actually a proposed definition to determine what is considered a prohibited assault type firearm.

Opponents of the Liberal proposal say it targets many shotguns, although groups such as PolySeSouvient applaud the measure.

The Liberals have realized that what seemed easy to pass “is not at all”, adds Geneviève Tellier.

“And there, what begins to arise as a problem is that it is no longer necessarily a cleavage between political parties, but it is more a cleavage between urban regions versus rural regions,” she said. recalling a dynamic already observed in the past.

Despite the uncertainties looming on the horizon for 2023, it will be a “business as usual” year in federal politics, believes Professor Rocher. “The pivotal year will be 2024, the one that will precede the federal elections,” he believes.

It remains to be seen how the unknowns will thwart the predictions, or not.