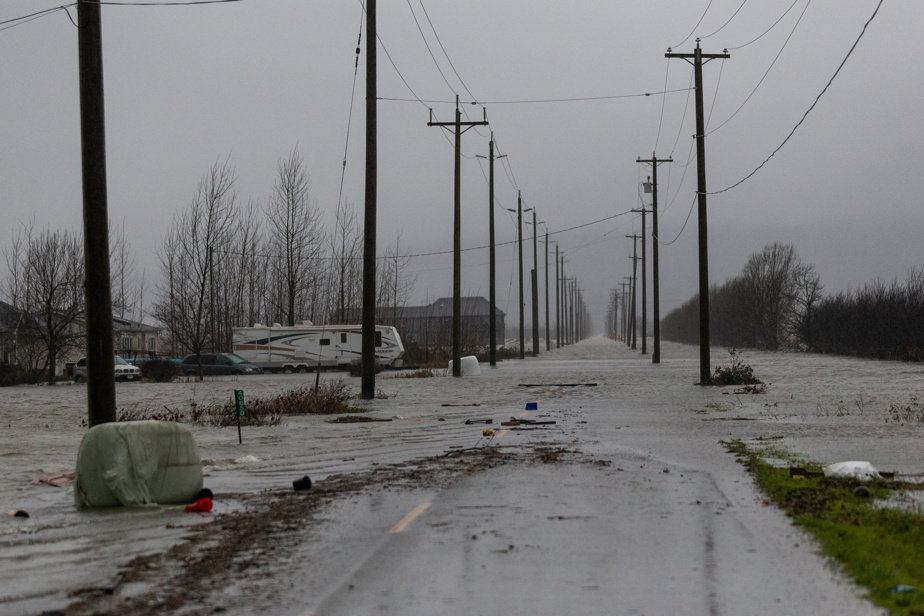 Ottawa says it is ready to step up the pace and calls on the provinces to do the same to fight the climate crisis and prepare to face its impacts. Quebec, for its part, did not react to the IPCC report on Monday.

The new alert from world climate experts confirms Ottawa’s intention to do more to fight global warming and prepare to deal with its consequences.

The report of the Intergovernmental Panel on Climate Change (IPCC) published Monday “only reinforces the will of our government”, said the Minister of Environment and Climate Change, Steven Guilbeault, in an interview. with The Press.

The time is now only for good actions such as investments in public transport, renewable energies or clean technologies, he says, we must also eliminate coal, oil and gas in turn.

For a long time, we collectively thought that we could fight climate change by doing more good things, [mais en] not addressing the source of the problem.

Is this desire to do more for the climate a harbinger of the fate that awaits the Bay du Nord project?

Ottawa must announce by Sunday whether or not it authorizes the construction off Newfoundland and Labrador of this floating oil and gas extraction platform planned by the Norwegian company Equinor.

Canada’s climate action is not limited to this decision alone, replies Minister Guilbeault, referring to carbon pricing, the reduction of methane emissions or even the capping of greenhouse gas (GHG) emissions from the oil and gas industry.

The Canadian government will publish its first emissions reduction plan at the end of March and will launch Canada’s first National Adaptation Strategy in the fall; meanwhile, it is spending hundreds of millions of dollars on disaster adaptation measures.

Ottawa has also raised its GHG emission reduction target twice in less than two years, underlines the minister, scorching the provincial governments in the process.

It would be fun if it wasn’t just the federal government doing that in the country!

The Quebec government did not react to the publication of the IPCC report on Monday.

” We [le] are currently reading with attention and will first read this one before commenting on it”, indicated to The Press the office of the Minister of the Environment and the Fight Against Climate Change, Benoit Charette.

However, governments have access to the work of the IPCC before its official publication.

The opposition parties have, for their part, denounced the climate action of the CAQ government, which the liberal Isabelle Melançon described as “a half-plan for the green economy, since it only responds to 50% of our goals.

Solidarity Manon Massé, for her part, wrote a letter to Minister Charette, asking him for an “emergency meeting” to see that Quebec presents “the greenest budget in [son] story “.

“I am thinking of our young people who are watching the damage caused by our economic system and who are asking for real solutions now,” she wrote, calling on Quebec to abandon the third link project between Lévis and Quebec and to give up compensating oil companies. and gas for the end of their activities.

In Montreal, Mayor Valérie Plante called the IPCC report a “screaming call to order” and reiterated her administration’s desire to make the ecological transition a success, which requires “strong actions to reduce our dependence on fossil fuels”. .

The climate crisis will hit the finances of Quebec and Canada hard if governments do not prepare for it more, warns Équiterre. “The costs of slow and half-hearted climate action will far exceed the costs of rapid and decisive action,” says the Quebec environmental organization, which worries that the climate crisis will be, “at best, relegated in the background of the discussions” in the run-up to the federal and provincial budgets. The David Suzuki Foundation is also urging Ottawa “to prioritize climate and biodiversity in its next budget to be tabled in March”. For Greenpeace Canada, the report of the IPCC “sends chills” and must serve “as an electroshock for all governments which must implement unprecedented systemic changes”, starting with the rapid elimination of fossil fuels.