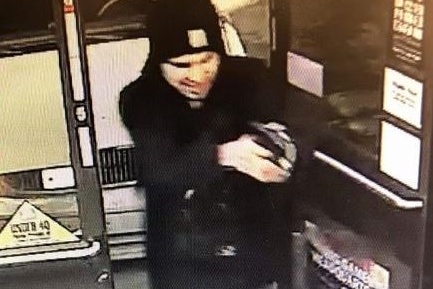 (Los Angeles) A ​​man killed three people before committing suicide on Tuesday in the American state of Washington, police said, this tragedy being the third killing in four days in the west of the country.

Two shootings had mourned California, killing 11 and 7 within 48 hours of each other, and particularly hitting the Asian community, from which most of the victims came.

The 21-year-old suspect, Jarid Haddock, had no particular reason to attack his victims, according to the police. “There was no apparent conflict between the people. The man just walked in [dans l’épicerie] and started shooting,” Yakima Police Chief Matthew Murray said earlier Tuesday.

He then shot two people outside the store, before stealing a car and fleeing.

A manhunt followed, the authorities warning that the suspect was “armed and dangerous”.

Then the police received a call from a woman saying that the wanted individual had borrowed her phone.

He “called his mother and made several incriminating statements such as ‘I killed these people'” before saying he was going to kill himself, Matthew Murray told reporters.

Officers dispatched to the scene arrived just in time to hear gunshots. They tried to resuscitate him, without success.

On Monday, seven farm workers were gunned down at two farms in Half Moon Bay, near San Francisco. An eighth person was seriously injured by a 60-year-old named Chunli Zhao. A former employee of one of the two farms, he was arrested by the authorities with a semi-automatic pistol in his vehicle.

And Saturday night, in Monterey Park near Los Angeles, Chinese New Year celebrations turned into carnage when a septuagenarian of Asian origin, Huu Can Tran, killed eleven people, mostly seniors, in a hall of dance popular with an Asian clientele.

He then tried to attack a second ballroom, before committing suicide in his van, surrounded by the police.

Investigators were still busy Tuesday to determine the motives of these two attacks.