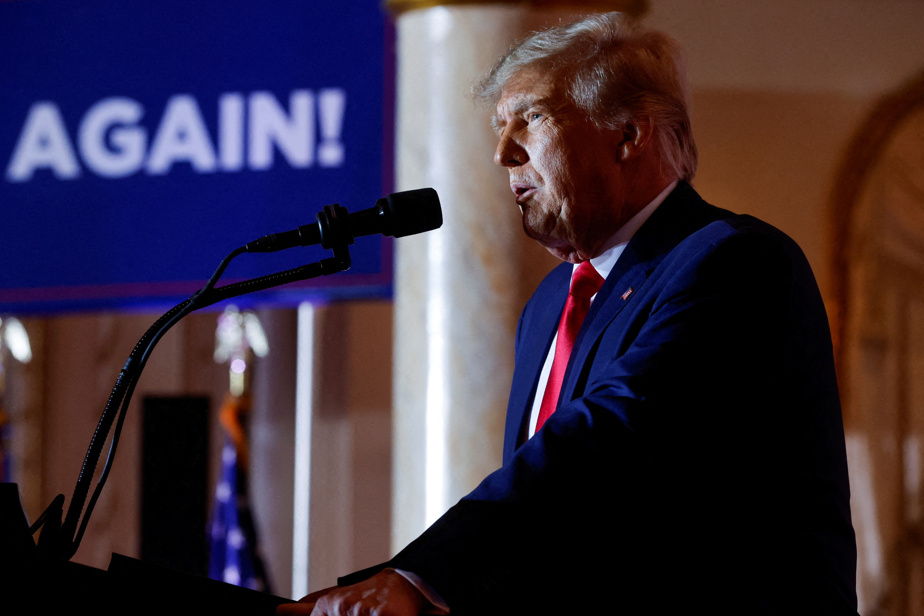 (New York) New York justice has set October 2, 2023, 13 months before the 2024 presidential election, for the civil trial of Donald Trump and three of his children, accused of fraudulent tax practices within the Trump Organization.

In this case, New York State Attorney General Letitia James accuses the Republican billionaire and his children of having “deliberately” manipulated the valuations of the assets of the group, – which includes golf clubs, luxury hotels and other properties – to obtain better loans from banks or to reduce taxes.

She is seeking $250 million in damages on behalf of the state, as well as bans from running companies for the ex-president and his relatives.

Donald Trump, who officially announced last week that he is a presidential candidate for 2024, is the subject of several legal proceedings, but he is not yet the subject of any charges.

Three days after this declaration of candidacy, the Minister of Justice Merrick Garland had announced the appointment of a special prosecutor, Jack Smith, to take over two ongoing investigations of American justice: one on Donald Trump’s efforts to change the results of the 2020 presidential election, the other on the management of the White House archives.

This special prosecutor will be responsible for saying whether to charge Donald Trump in one of these two cases, but it will be up to the minister to decide.

The former president (2017-2021) emerged weakened from the midterm elections in November, after results less good than expected for the Republicans and several defeats of candidates he supported, while one of his rivals prospects for a primary from his party, Florida Governor Ron DeSantis was triumphantly re-elected.

A committee of the House of Representatives, in the hands of the Democrats until January, has been demanding for three years the documents transmitted to the tax authorities by the billionaire between 2015 and 2020.

But, unlike all tenants of the White House since the 1970s, Donald Trump has always refused to release his tax returns and fought fiercely in court to block Congress’s request.

The lack of transparency of Donald Trump, who has made his wealth a campaign argument, has fueled speculation for years about the extent of his fortune or potential conflicts of interest.

However, it is not certain that the transfer of his tax archives to Congress lifts the veil on the affairs of the septuagenarian.

The commission, which called for these tax returns to develop ethical rules on the affairs of presidents, is not supposed to make them public. In January, Republicans will regain control of the House of Representatives and likely drop that job.