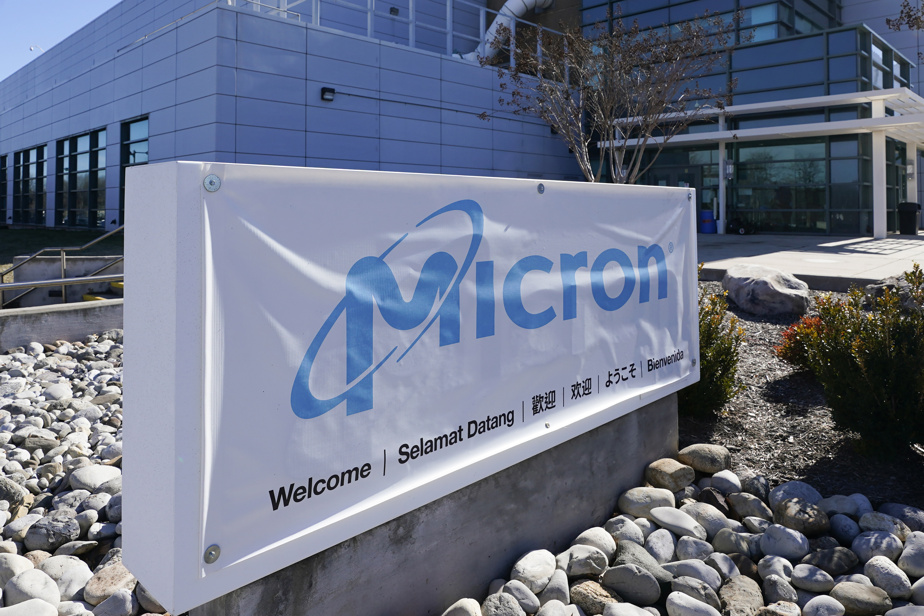 (New York) The American technology giant Micron will invest up to 100 billion dollars over more than 20 years in the construction of the largest semiconductor factory in the United States, it announced in a press release on Tuesday. .

The project is part of the Boise (Idaho) group’s strategy to increase the production of electronic components in the United States. The government of US President Joe Biden has made relocating tech industries and investment to the United States a priority.

Construction is due to start in 2024 in Clay, upstate New York, where the group plans to create 9,000 jobs. Micron estimates that in total, the establishment of the site should create 50,000 jobs, directly and indirectly.

The announcement comes after the vote, in Congress, at the end of July, of a law releasing an envelope of 52.7 billion dollars to subsidize research and investment in semiconductors in the United States.

Several major players in the sector were waiting for this boost before launching major projects in the United States.

In January, one of Micron’s competitors, Intel, announced a $20 billion investment in a new site in Ohio, but in July, as Congress was slow to pass the industry support bill of semiconductors, its managing director, Pat Gelsinger, had threatened to postpone the project.

Intel finally officially launched the site in early September in Columbus (Ohio), in the presence of US President Joe Biden.

“To those who doubted that the United States could dominate in the industries of the future, I say that you should never bet against the Americans”, reacted Joe Biden to the announcement of Micron, in a statement sent Tuesday. by the White House.

Micron will also benefit from tax breaks and incentives granted by local authorities, valued at $5.5 billion over time.

Quoted in the statement, Micron chief executive Sanjay Mehrota acknowledged that these incentives along with federal funds released by Congress had “made this investment possible.”

In detail, Micron will invest an initial tranche of 20 billion dollars over the next ten years, then continue its investment in this site, which could reach up to approximately 220,000 square meters.

The group had already announced, at the beginning of September, that it would devote 15 billion dollars over 10 years to the construction of a memory chip manufacturing plant in Boise (Idaho), where its headquarters are located.

The project was part of the group’s $150 billion global investment plan unveiled last year, which is expected to create around 17,000 new American jobs.