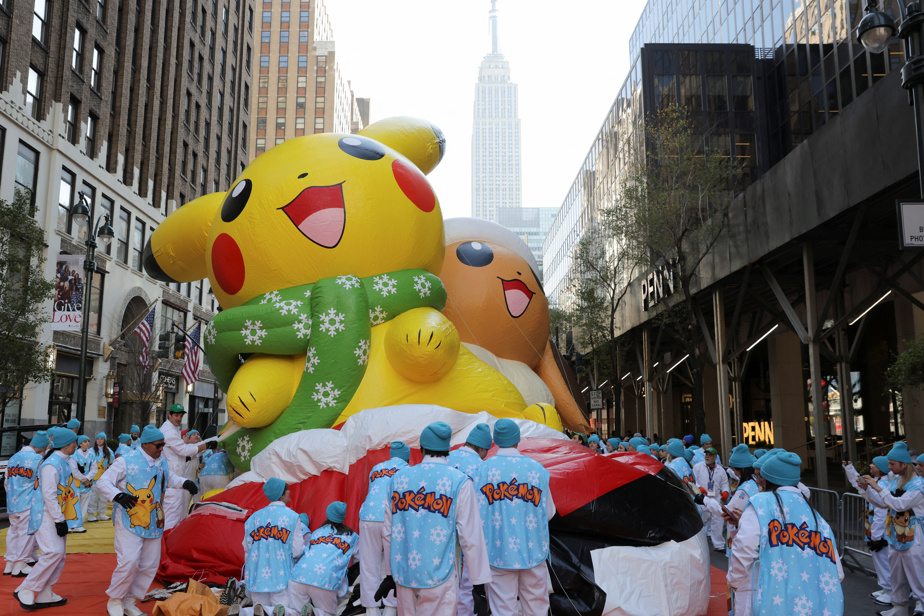 The Australian Shepherd Bluey, a world-famous comic book character, was there for the first time, in the form of an inflatable structure four stories high and as wide as seven cars. Stuart, the one-eyed minion, was there too.

Snoopy dressed as an astronaut was back, event officials said, as were Papa Smurf, Ronald McDonald and SpongeBob.

Jimmy Fallon & The Roots were on a float paying tribute to Central Park.