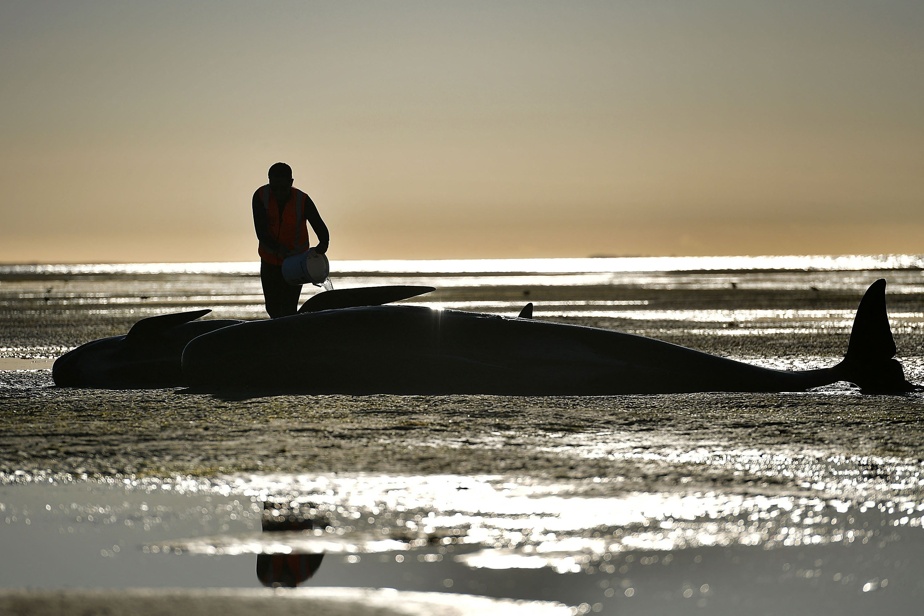 (Wellington) Nearly 30 pilot dolphins died when they washed up together on a New Zealand beach known to be a death trap for sea giants, authorities said on Friday.

According to the Environment Department, 34 pilot whales, from the dolphin family, were found Thursday stranded at Farewell Spit, a remote tip of the South Island, of which 29 were already dead.

The rangers took care of the five survivors, but “the cetaceans spent some time out of the water,” said service spokesman Dave Winterburn.

“Although this event is unfortunate, whale strandings are a natural phenomenon,” he added. “We do not know the cause of this stranding”.

Farewell Spit, a 26 km coastal strip forming a hook in the sea, has been the scene of a dozen strandings of pilot whales, also called pilot dolphins, over the past fifteen years.

Scientists are struggling to agree on the reasons that make this beach so deadly.

One theory is that the point creates a shallow seabed in the bay which interferes with the sonar navigation systems of cetaceans.

Pilot dolphins, the most common cetaceans in New Zealand waters and which can reach six meters in length, are particularly prone to mass strandings.