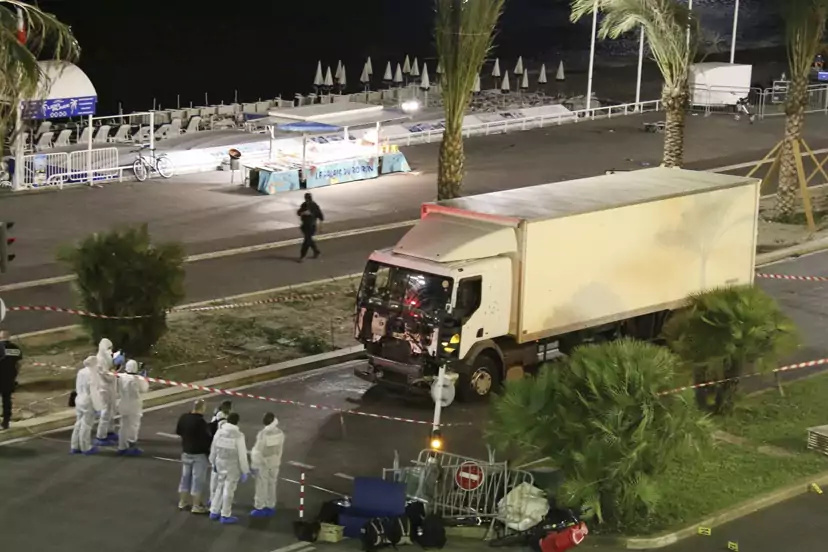 (Paris) At the trial of the Nice attack, the prosecution requested Tuesday between two and 15 years of imprisonment against the eight defendants, “links” to varying degrees “of the chain” having contributed to the attack which killed 86 people on the Promenade des Anglais on July 14, 2016.

The National Anti-Terrorist Prosecutor’s Office (Pnat) has requested 15 years’ imprisonment for the three main defendants, who are being prosecuted for “terrorist criminal association”, but has however asked the court not to retain the qualification “terrorist”. for one of them, Ramzi Arefa, who “provides the weapon […] used by the terrorist” at the wheel of his ram truck, but who “could not know of his radicalization”.

Ramzi Arefa “could not know the radicalization” of the killer Mohamed Lahouaiej-Bouhlel who caused the death of 86 people and injured more than 450 at the wheel of his 19-tonne truck on the Promenade des Anglais on July 14, 2016, estimated the public prosecutor who nevertheless claimed 15 years of detention against him as for the two other defendants prosecuted for terrorist criminal association, Mohamed Ghraieb and Chokri Chafroud.

These last two “were not unaware of the capacity [de Mohamed Lahouaiej-Bouhlel] to commit acts in connection with his radical ideology, ”said Jean-Michel Bourlès, one of the three general lawyers of the national anti-terrorist prosecution at the end of his indictment.

Jean-Michel Bourlès and his Pnat colleagues Alexa Dubourg and Rachel Lecuyer, deployed Tuesday for nearly eight hours requisitions stressing in particular that the accused should be tried “exclusively for the facts with which they are accused”, even if this could generate frustrations for the victims.

Seven defendants were present, four of whom appeared free under judicial supervision. An eighth defendant, detained in Tunisia in connection with another case, is being tried in his absence.

The author of the attack which left 86 dead – including 15 children – and more than 450 injured on the Promenade des Anglais on the evening of July 14, 2016, the Tunisian Mohamed Lahouaiej-Bouhlel, shot dead by the police at the end of his race murderer aboard a 19-ton ram truck, is the notable absentee from the trial.

For five weeks, between September and October, more than 260 bereaved, survivors or relatives of victims came to testify at the bar.

Mohamed Ghraieb and Chokri Chafroud risk a maximum of twenty years in prison. Ramzi Arefa faces life imprisonment, as he is in a state of legal recidivism due to a conviction for theft in 2014.

After the indictment and the defense arguments, scheduled for December 7 to 9, the defendants will have the floor one last time, on December 12, before the court retires to deliberate.

The verdict is expected on Tuesday, December 13.