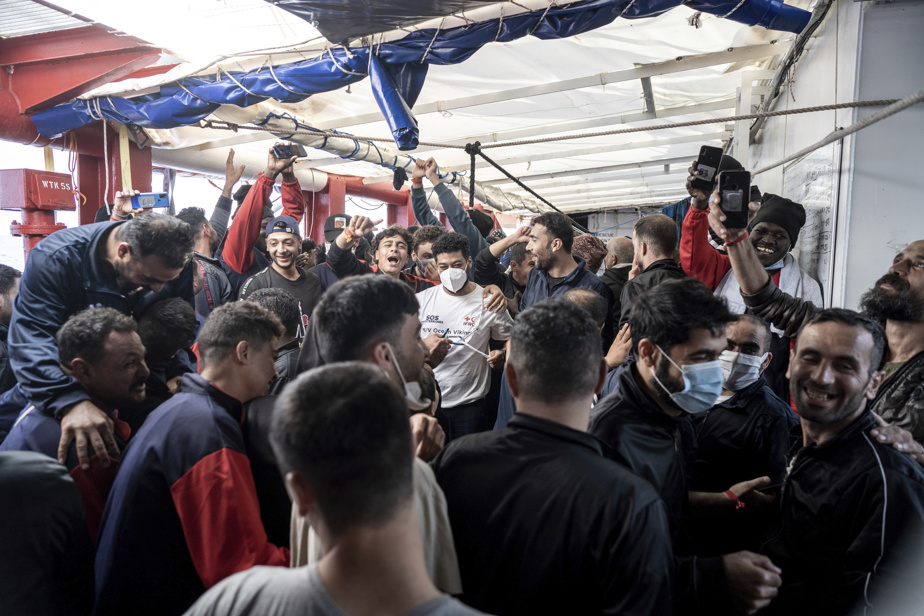 (Paris) Nine European countries have pledged to welcome “two thirds” of the 234 migrants collected by theocean vikingwhich is due to dock in Toulon, in the south-east of France, on Friday evening, French Interior Minister Gérald Darmanin announced on Thursday evening.

L’ocean viking of the NGO SOS Méditerranée must dock Friday in a military port in France “on an exceptional basis”, announced Thursday the French government, in full outbreak of fever with Italy which refused to welcome it.

Among the European countries which are committed to welcoming migrants, Germany must welcome “more than 80 people”, specified the French minister during a television interview.

The refugees received are those who are “eligible for asylum”, added the Minister, repeating that “those who cannot obtain asylum will return directly to their countries of origin”.

“Contacts are made with the countries concerned to proceed with the procedures” allowing “the expulsion of those who do not meet the conditions of asylum”, specified the entourage of the minister.

Denouncing once again the “inhumane” attitude of Italy, which refused to let theocean vikingGérald Darmanin affirmed that as a form of retaliation, “already 500 French police officers are at the Italian border to be able to better control our border”.

Since the beginning of the year, 1,765 migrants have disappeared in the Mediterranean, including 1,287 in the central Mediterranean, the most dangerous migratory route in the world, according to the International Organization for Migration (IOM).