It is with a new trailer that Nintendo finally reveals the release date of the long-awaited sequel to Splatoon.

The ink will flow this fall with the release of Splatoon 3 on Nintendo Switch. There is not long to wait before finding the Inklings and Octolings in the new opus of Splatoon since Nintendo has just formalized its release date for next September 9.

Splatoon 3 will be released on 09/09 on Nintendo Switch!

🎥 To help you wait, here are some new images of the Turf War mode: https://t.co/o23mPhowLR pic.twitter.com/mJhDNnzcMR

Originally scheduled for summer 2022, this sequel will arrive a little later than expected, but promises to be memorable. This will also allow time for Nintendo Switch players to enjoy Xenoblade Chronicles 3 which unlike Splatoon will arrive earlier than expected next July.

Accompanied by a new trailer, this announcement demonstrates the new iteration of the timeless mode “Territory War”. This time, go to Contrée-Clabousse and Cité-Clabousse to meet other players and compete relentlessly.

The recipe seems unchanged: get ready to fight with paint to take control of the map and win. New weapons and skills point the tip of their nose in this gameplay sequence and promise ever more exhilarating clashes.

Always further in the lore

First announced last year, early footage from the game hinted at a devastated world, with the notable appearance of the Eiffel Tower completely upside down.

For those who haven’t played the single player modes of the previous episodes, the universe of Splatoon is set in a post apocalyptic future of our own world.

The rise of the oceans having pushed the human race to its extinction, it is the octopuses and the octopuses which have taken possession of the little remaining land by evolving and becoming the new dominant race on our planet.

This new opus seems to want to explore this dimension of its universe in a more thorough way for ever more world-building and credibility.

In addition, to prepare for the release of the third episode, the owners of Splatoon 2 and a Nintendo Switch Online subscription + Additional Pack can now access the excellent Octo Expansion single-player DLC at no additional cost!

The fans of Splatoon can spread their paint in frenzied online matches or discover more about the history of the game through the single player mode when Splatoon will land on Switch on September 9. 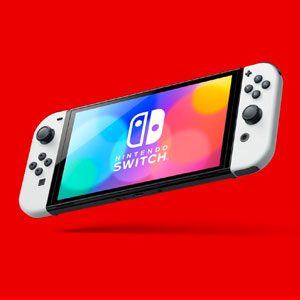