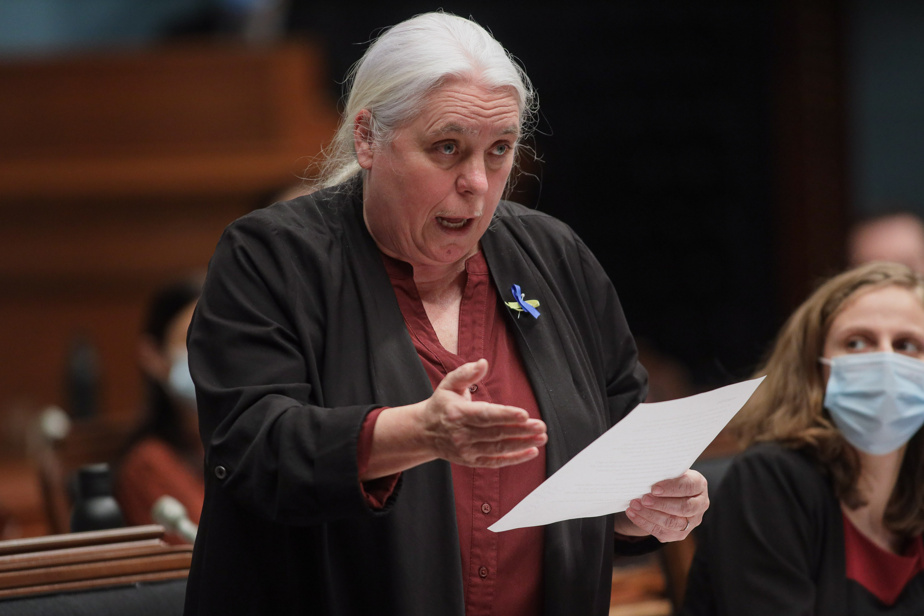 (Quebec) Quebec solidaire opens the door to the cancellation of certain statements of offense issued for non-compliance with sanitary measures, like the Conservative Party of Quebec.

Conservative leader Éric Duhaime is calling for the cancellation of more than 46,000 tickets issued between September 2020 and October 2021, but QS is instead proposing to revise the tickets issued against the most vulnerable.

Statements of offense in Quebec were accompanied by fines ranging from $1,000 to $6,000.

“There are measures that applied that were unfair to people, I am thinking in particular of the curfew,” QS spokesperson Manon Massé said Thursday morning.

“The idea of ​​imposing a curfew already had a vice from the start: it affected people who had vulnerabilities or who were in overcrowded housing,” she pleaded.

She therefore proposes “a kind of revision for a certain number of people”, in her words.

The leader of the official opposition, Dominique Anglade, for her part recalled that the law must be respected, but that the large number of unpaid offenses “testifies to the ineffectiveness of the measures which have been put in place”.

The Parti Québécois (PQ) pointed out that the Court had already invalidated the imposition of a curfew on homeless people. Other citizens must, however, respect the laws, argues the PQ.

“For the rest of civil society, we knew exactly what the rules were and if we did not respect them at this time, we must face justice,” said the parliamentary leader of the PQ, Joël Arseneau,

On Wednesday, Mr. Duhaime recalled that the Public Health Department had struggled to justify the imposition of the curfew by the Legault government at the end of last December.

The government has therefore put in place “measures that were unjustified and people find themselves paying fines because they broke a law that was unjustified at the base”, he said.

Mr. Duhaime therefore called on the government to make a gesture of reconciliation: drop the pending charges, grant amnesty to those affected and reimburse those who have already paid fines.

No less than 123 statements of offense per day were issued during the period in question, according to researchers from the Profiling Observatory, attached to the School of Social Work at the University of Montreal.

Violators were punished mainly for violating rules regarding gatherings, curfew, mask wearing, vaccination passport and so on.

Nearly half (48.4%) of all tickets issued in Quebec, or just over 22,500, were issued for non-compliance with the curfew. It is also in Montreal that the curfew was applied the most severely, with a rate of 391.3 reports per 100,000 inhabitants.

Gatherings in private residences were the second most important reason for issuing tickets, representing 31.9% or 14,856 tickets.

The Canadian Civil Liberties Association (CLAC) and the Policing the Pandemic Mapping Project (PPMP) concluded that 66% of the approximately 10,000 tickets issued in Canada between 1er April and June 15, 2020, i.e. during the first wave of the pandemic, were in Quebec.