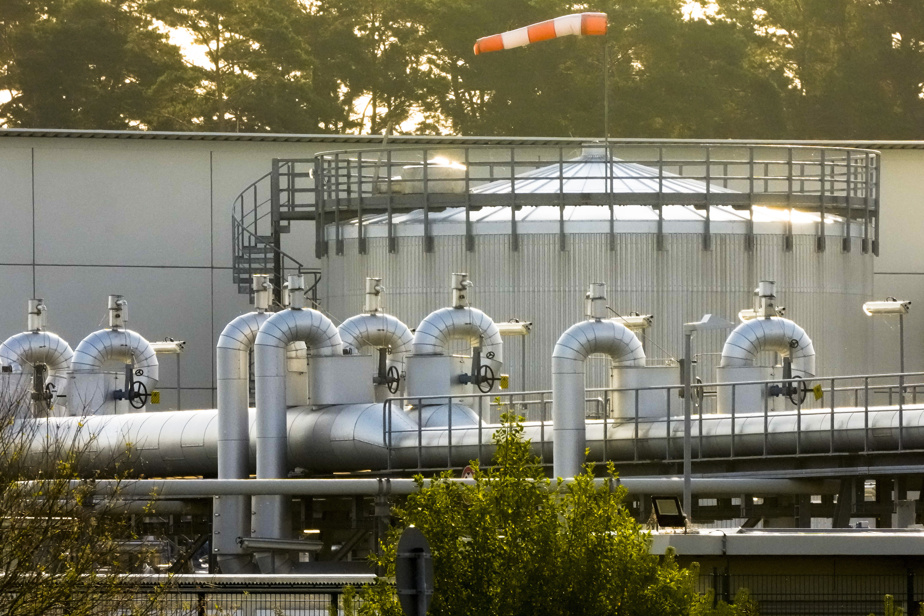 (Ottawa) Canada has ended the exemption that allowed the shipment of turbines for the Nord Stream 1 gas pipeline. Russian President Vladimir Putin, it is believed in Ottawa, has proven that he never had intending to supply Europe with energy since his country invaded Ukraine.

Ottawa circumvented its own sanctions against Russia last July by granting the two-year permit that allowed the round trip of six turbines for maintenance purposes – a privilege that had pissed off President Volodymyr Zelensky.

A turbine that was stuck at the Siemens plant in Montreal had therefore been shipped to Germany, where it has not moved since. As for the gas pipeline that it was supposed to help run, it remains inoperative.

What looks like an act of sabotage, according to a Swedish investigation, dates back to last September. But on Wednesday, Foreign Affairs Minister Mélanie Joly and her colleague Jonathan Wilkinson at Natural Resources signaled that they had seen enough when they announced the cancellation of the permit.

” Given that [Vladimir] Putin was forced to demonstrate that it was never his intention to return Nord Stream 1 to service and that the pipeline is unusable, the Government of Canada has decided to revoke the permit,” they wrote in a joint statement released at the end. of day.

Canada makes this decision recognizing that the circumstances surrounding the granting of the permit have changed. The license no longer fulfills the function intended for it. This decision was taken in close cooperation with our Ukrainian, German and European allies.

The current location of the other five turbines has not been specified by the government or Siemens. The only facility in the world where they can be serviced is in Montreal, Arne Wohlschlegel, CEO of Siemens Energy Canada, told the Standing Committee on Foreign Affairs last October.

A request that dates back to August

Ukraine’s ambassador to Ottawa, Yulia Kovaliv, had asked the same committee a few weeks earlier for an end to the sanctions waiver. She argued that the demonstration had been made that the master of the Kremlin was bluffing, even if the Ukrainians already knew it.

The Nord Stream 1 gas pipeline is a 1200 km pipeline that connects Russia to Germany.

Moscow argued last summer that if the stuck turbine was not delivered to Canada under the sanctions regime, gas deliveries would suffer. The Canadian government bowed under pressure from Germany, much to Ukraine’s displeasure.

Deputy Prime Minister Chrystia Freeland announced in Paris on Tuesday that Canada would transfer $115 million in tariff revenue collected on imports from Russia and Belarus to repair Kyiv’s power grid, which the Kremlin is bombarding as weather cold sets in.

“Putin and his henchmen are war criminals and they are trying to use the cold as a weapon to break the courage of the remarkable people of Ukraine. They will not succeed; this support will help Ukraine secure its energy infrastructure and weather the difficult winter ahead,” she said.