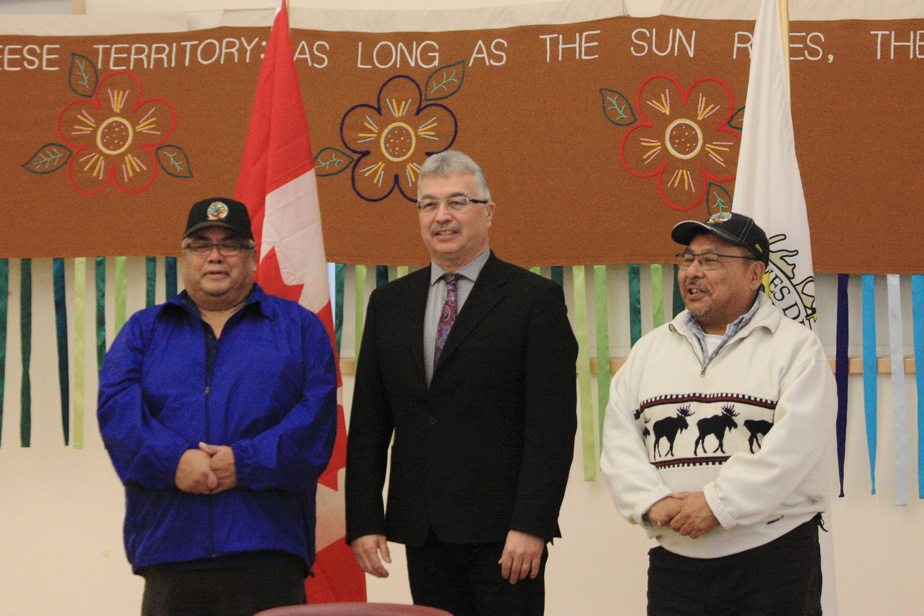 (Dettah) The federal government has announced plans to invest $39.4 million to support Indigenous languages ​​in the territories.

Funds will be disbursed to communities, organizations and governments to recover, revitalize, maintain and strengthen languages.

Northwest Territories MP Michael McLeod announced funding to the Dettah community of the Yellowknife Dene First Nation on behalf of the Minister of Canadian Heritage.

The First Nation says the funding will help it deliver language and culture classes and camps, as well as develop lesson plans, books, videos and reference materials in the Wiiliideh language.

The federal government says it has invested a total of $77.2 million to support Indigenous languages ​​in the North since 2019.

Over 70 Indigenous languages ​​are spoken in Canada, many of which are endangered.

Yellowknife Dene First Nation Chief Fred Sangris of Ndilo said the residential schools had a dramatic impact, as students were prevented from speaking their native language.

He maintained that his community clings to the language. “Without language, identity is lost,” he said.

Dettah chief Edward Sangris said the revitalization of the Wiiliideh language was important as there are few speakers left and some elders struggle with English.

“We feel like the elders feel lonely because they don’t have anyone to talk to in their language, so we’re trying to solve that problem,” he explained.

“Our vision for the future is to have living languages ​​in communities. »

Edward Sangris said one of the obstacles is that Wiiliideh is not one of the 11 official languages ​​of the Northwest Territories, nine of which are aboriginal.

He mentioned that funding to support Indigenous languages ​​is part of the federal government’s reconciliation efforts.

This dispatch was produced with the financial assistance of the Meta Exchanges and The Canadian Press for the news.