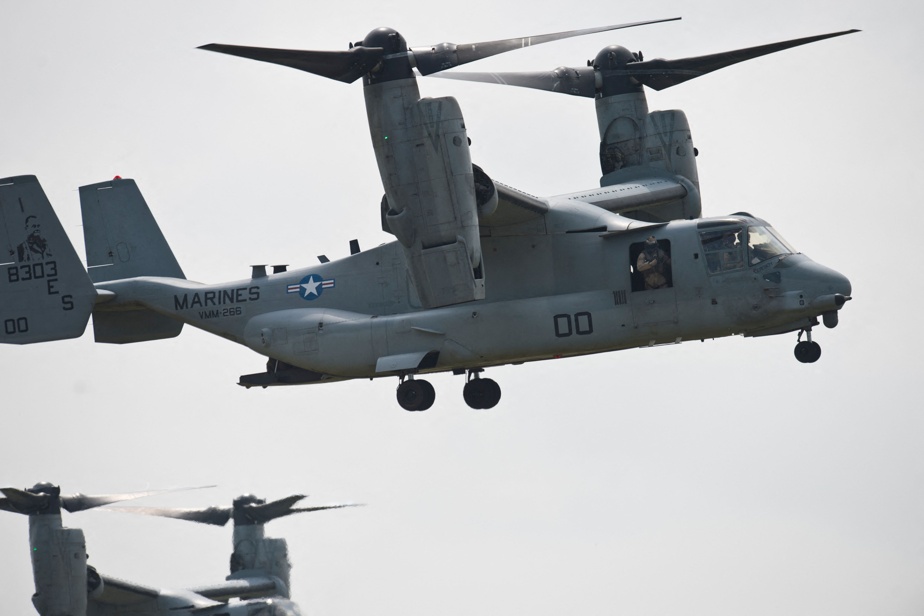 (Oslo) Four Marines aboard a US military plane that crashed in Norway, where it was taking part in a NATO exercise, died in the crash that left no survivors, officials said on Saturday. Norwegian and American armed forces.

The United States Armed Forces confirmed in a statement that they were four Marines belonging to the IIand Marine Expeditionary Force.

“As a matter of principle, the identity of soldiers is not disclosed until 24 hours after all notifications to relatives have been made,” they said.

The Osprey model plane which belonged to the Marine Corps, with four crew members on board, disappeared from radar at the end of the day on Friday, while the weather was difficult, had announced the local emergency services specifying that the bad time complicated the search.

“At 1:30 a.m. during the night, the police arrived at the accident area,” the Norwegian Defense wrote in a statement.

The aircraft was on a training mission as part of the Cold Response exercise which involves 200 aircraft and around fifty ships.

These manoeuvres, which last until 1er April, aim to test Norway’s ability to receive external reinforcements in the event of aggression by a third country, under Article 5 of the NATO Charter which obliges its members to come to the aid of a of theirs.

The Cold Response exercise is continuing as planned with additional measures due to the weather, the Norwegian Defense said.