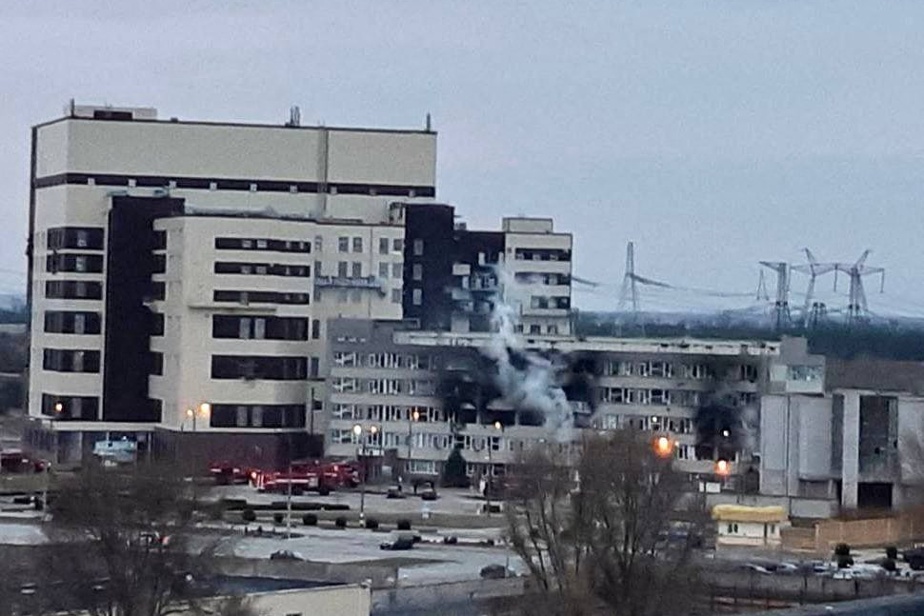 (Paris) The Director General of the French Nuclear Safety Authority (ASN), who also chairs the network of Western European nuclear safety authorities (Wenra), is concerned about the “weakening” of nuclear safety in war-torn Ukraine.

“The first question seems to me to be the weakening of security, whether because of power cuts or because of the difficulties experienced by the personnel to carry out their mission”, estimates Olivier Gupta in an interview with the French economic daily. The echoes dated Monday.

Important power lines to ensure constant cooling capacity are “deteriorated” and the logistics chain for the arrival of spare parts on Ukrainian nuclear sites is “weakened”, he notes after meetings of experts on the subject.

At the Ukrainian power station in Zaporozhye, bombed on March 4 by the Russians who have since occupied it, “two power lines” out of four “are still functional”, but communication “between the power station and the outside has become difficult” adds M .Gupta.

For that of Chernobyl, “we concluded that there would be no significant risks of releases into the environment” in the event of loss of power supply over a long period, he added.

But, “in Chernobyl, there is no landline or mobile phone and the Ukrainian Security Authority has not received an email for 24 hours,” the official lamented.

In Kharkiv, he was warned of “damage to a research center which houses a reactor driven by a neutron source”: “There was damage to some buildings, but to our knowledge, nuclear materials have not been affected,” he said.

According to him, “in the event of a very serious accident” in one of the Ukrainian power plants, but without damage to the reactor building, it could “be necessary to evacuate the population within a radius of 5 kilometers and to shelter those residing within a radius of 20 kilometres.

On the other hand, if a reactor containment enclosure were to be affected, “we should widen the zones to respectively” 20 kilometers and 100 kilometers, according to him.

Mr. Gupta wants to be reassuring with regard to certain worried French people who are trying to obtain iodine tablets for fear of a radioactive leak from Ukraine at war.

“If a severe accident occurred in Ukraine, the thresholds requiring iodine intake would not be reached in France given the distance,” he said, not excluding, however, “restrictions on the consumption of foodstuffs beyond of Ukraine “in this case.

According to him, “we cannot say that Ukrainian reactors are significantly less safe than Western ones”. Of the same design as the French pressurized water reactors, they underwent “stress tests” after the Fukushima accident. “Improvement works have also been carried out,” says Mr. Gupta.